Three Surprises On Disney Plus 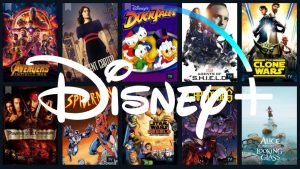 Prior to Disney Plus being launched, we were promised a whopping 500 films and 7500 episodes of television. This would include exclusive shows, Disney classics stretching back to the 1920s, and more. While I admit I dived straight into “The Mandalorian” (bravo, Favreau), I was intrigued to see what other content lay in store for me. Yes, “The World According to Jeff Goldblum” caught my eye, but I was more fascinated by three other bits of the explosively growing streaming service.

First, their UHD and HDR content has some rather…unique…choices. I fully expected to see visually stunning films upgraded to this quality and I was not disappointed. Movies like “Moana”, “Frozen”, and “The Force Awakens” are staggeringly beautiful on a 4k setup. However, what surprised me were films like “The Bears and I”, “The Princess Diaries”, and “The Black Cauldron” appearing on this list. While I don’t mind seeing Anne Hathaway in UHD, I was floored to see “The Black Cauldron” on the streaming service at all, let alone in glorious 4k.

After all, this film was (at the time) the most expensive animated film in history. It cost Disney studios nearly $40 million and was the first Disney-animated film to get a PG rating for some serious dark and legitimate scary tones. It opened in fourth place…behind ET’s re-release…and a month old Back to the Future film.

A few years before its release, legendary animator Don Bluth quit Disney and took 13 colleagues with him, partly because of frustrations with this film. A ten week strike in 1982 didn’t help matters. The film wildly varied from the book, annoying more than a few fans of the “Chronicles of Prydain” series (myself included). Discussions were had at the highest level about axing the entire animation division. Yes, “The Little Mermaid” and “The Lion King” deserve the upgrade, but why would Disney choose this specific film that had once been an enormous black eye for the entire company? Also, in my opinion, it’s still a lousy film. It’s not as bad as “Birdemic”, but it does have very little redeeming qualities.

The film that nearly killed Disney’s animation studio got a serious upgrade.

Second, did you go to the search feature? Yes the home page is glittery and full of wonderment, but the search area is beyond brilliant. You can go through pre-made categories like the “Darth Vader Collection” or “The Muppets Collection”. My personal eye-opening experience came when I saw the “Disney Through the Decades Collection”. Want to see what Disney was up to in the groovy 1970s? You’ll find “Bedknobs and Broomsticks” and “Million Dollar Duck” alongside the animated “Robin Hood” and “Escape to Witch Mountain”. Want to go further back? They lay it out by decade so there are the classic films like “Treasure Island” from the 1950s and yes, you can watch the Silly Symphony cartoons from the 1920s and 1930s. I was simply floored by the content not available on the home screen that could be found digging around here.

The search area is well organized and very impressive.

Finally, a minor disappointment. On the sleek and stylish home page, you can see content broken down by Disney and their properties such as Pixar, Marvel, Star Wars, and NatGeo. You can scroll down to see additional categories such as “Originals” and “Out of the Vault”. However, the one thing that doesn’t appear front and center is my Watchlist. It’s a minor annoyance when compared to the performance of Disney Plus, but why do I have to go looking for my Watchlist? With Netflix, I get a “Continue Watching” list as well as a “Watch It Again” list in addition to easily viewing “My List”. I wish the home page had a bit of customization. I have very little interest in “Descendants” or “High school Musical 2”, but seeing my watchlist right at the top of the screen would be nice.

Article after article has been written about the spectacular success of the Disney Plus streaming service (here’s another one!) and I’m glad so many people have enjoyed the hard work and vision of so many people. This service will be a game changer and enjoyed by tens of millions around the globe (hang in there, UK!). What have you found with this app?

One response to Three Surprises On Disney Plus