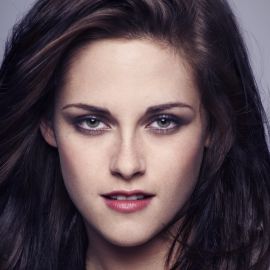 The Hollywood Critics Association has never before honored an actress with this award. It’s true, the organization has only been around since 2016 and has only been doing awards since 2018, but the news shocked and stunned fans.

Her highlights since 2010 include several “Twilight” films, “Snow White and the Huntsman”, and “Charlie’s Angels”. She has won numerous awards over the decade including some from globally known organizations such as the “Alliance of Women Film Journalists”, “Bravo Otto”, and did bolster her resume by winning “Cutest Couple” and “Best Kiss” with Robert Pattinson. The Actress of the Decade shows off her best facial expression and her smooth acting talents.

No Oscars.
No Golden Globes.
No Emmy’s.

The HCA did note on their Twitter that “Stewart’s impressive filmography includes Seberg, Personal Shopper, Clouds of Sils Maria, The Runaways, and Charlie’s Angels.”

I don’t think I’d agree with the word “impressive” being used with such a mediocre list of films. But I’m sure she was deserving of being named the Best Actress of the Decade considering she hasn’t been NOMINATED for an Academy Award yet. With such an “impressive” list of films under her belt I can certainly see how she’s more deserving than…

Cate Blanchett (Robin Hood), The Hobbit films, The Monuments Men, Cinderella, Thor: Ragnarok, Ocean’s Eight, The House with a Clock in its Walls)

Emma Watson (Harry Potter films, The Perks of Being a Wallflower, The Bling Ring, Noah, Beauty and the Beast, Little Women, oh…and she spoke in front of the United Nations)

Personally, I can think of no more deserving way to end this article than to remind everyone of a certain quote (modified for this specific instance) from one of my favorite shows:

“In a triumph of the middling, a nod to mediocrity, and with gorge rising, it gives me great nausea to announce Kristen Stewart as the Actress of the Decade! This lover of the fashion industry is as dull as she is unremarkable, as lackluster as she is soporific. This reversion to the mean this rebuke to the exemplary gives hope to the millions un-favored by the exceptional. Not the worst, not the best, just what we’re stuck with.”