Can the Flash Run the Distance? 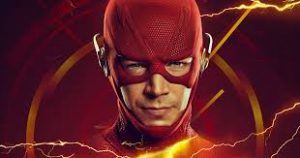 In 2012 The CW created a new show called Arrow based on the DC character Green Arrow. This spawned several TV shows that quickly became known as the Arrowverse. Arrow became immensely popular and spawned several other shows such as Legends of Tomorrow, Black Lightning, Batwoman, and Supergirl after she moved from CBS to the CW. Arrow has also been nominated five times by the Academy of Science Fiction, Fantasy and Horror Films for Best Superhero adaptation series. Although there have been a number of shows, crossovers, and enough characters to fill the Justice League there has been none more popular than the Flash according to screenrant.com. Launched in 2014 and currently in sixth season it was just renewed for a seventh season. Can the Flash continue the pace in the Arrowverse? Arrow is now in its final season with a run of 8 seasons. Can Flash carry the Arrowverse from now on and if so how long will it last?

To run for eight seasons is nothing to be laughed at. Things other than ratings dictate weather a show continues. The actors involved may want to move on to different projects. The creators of the show may have just told all of the story that they wanted to tell. There have been several shows that have done just fine but only ran for seven seasons. Buffy the Vampire Slayer, Star Trek: The Next Generation, Star Trek: Deep Space 9,  Star Trek: Discovery, and Lost just to name a few. The Flash is stocked with excellent actors, intriguing stories and a colorful cast of enemies for team Flash to face. While most fans agree that the CW shows are a much better telling of the DC universe that the DCEU movies, the ratings have been dropping and it could be likely that season seven could be it for Flash. According to thecw.fandom.com ratings have slowly been dropping since the show first aired. However if it is cancelled after its seventh season would it be a big surprise to anyone? The ratings have dropped from over four million in season one to just barely over two million in season five. Season six is only half way through but so far its coming in under 2 million. Maybe it is time for the Flash to stop running and take a breather or does the CW need him to carry the Arrowverse? The problem with shows like this is that they tend to run stale on plot. To have season seven be the final season would be a terrific way for Flash to go out but that would leave a gaping hole in the Arrowverse. With Arrow completing its series this year it would not make sense for CW to cancel Flash, however it would be nice to end on a high note and on top of things.  While the stories are fun the viewer numbers are telling a different story. It could be stale stories, too many character arcs to keep up with or the fact that it is a good show but people seem to be looking for something else. Whether  Flash is cancelled or not it would be nice to go out in a flash of lightning.