The Perils of Shaky Cam: How Copying Great Filmmaking Has Ruined Action Cinema 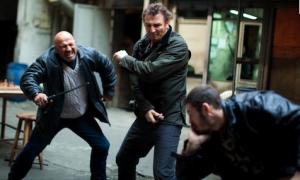 It’s too often used as a crutch to make bad stunt work look more exciting or to distract you from poor overall film-making. But, I wanted to approach this as a film fan who actually doesn’t mind shaky cam, in fact some of my all-time favorite films use it. But the difference with those films is that they are helmed by great filmmakers, who intelligently utilize shaky cam to enhance the audience experience of a film. By contrast, lesser filmmakers might want to walk in the footsteps of great rapid-fire visual film-making, but fail to understand when, why, and how shaky cam should be used, ultimately missing the mark in their execution.

Now, there are plenty of people who might disagree with the very concept that there is any such thing as good shaky cam. With the ubiquitous misuse of the style in modern action movies I can hardly blame anyone for that assertion. But let’s start by taking a look at an early example of contemporary shaky cam in action to get a better sense of how it can add to the power and emotional resonance of a scene:

Now I’ve never met anyone who would argue that Saving Private Ryan is a bad movie, or that shaky cam ruins that scene. In fact, I would argue that it enhances the audience experience by replicating the chaotic nature of the fog of war, placing the viewer in the shoes of terrified young men who watched their friends die around them, struggling to make sense of the carnage around them. This was so effective, that there were actually reports of WWII veterans needing to leave the theater because the film felt too real. And while it wasn’t Steven Spielberg’s goal to incite PTSD in his audience, it’s clear that a lot would be lost if this had been filmed in a more traditional “Steadicam” format. Rather than bring the scene down and make it incomprehensible, Spielberg undeniably improved the scene through the erratic camera work.

But then there are action movies that do not benefit from shaky cam. Rather than enhance the audience experience, they obscure it, reducing the impact of the action and disconnecting the audience from the film. For an example, let’s hop a fence in 15 cuts and go look at a scene from Taken 3:

While this may not be the worst shaky cam action scene ever made, it does have some clear problems that make it easy to analyze. The first problem with the way this scene is filmed is the fact that the close up, rapid fire editing fails to provide establishing shots of the convenience store. Sure, we see the outside as Liam Neeson approaches, but there’s never a shot of the interior that gives the audience a sense of the layout. It’s just close-ups of the bad guys by the beer and chatting with the attendant. We don’t even see Liam enter the store, he’s suddenly just in the back hitting a guy with a bottle.

Then there’s the editing of the fight itself, chopped into quick fire action and reaction, but somehow missing the impact that caused those reactions in the first place. The shaky camera work tries to make the scene look more intense by hiding the fact that we see punches being thrown, and we see people react to being hit, but we never see them land. The moment of impact is lost in a cut from one camera angle to the next, so none of the blows feel as powerful as they could. This could be to hide sub-par stunt work. If a fight scene doesn’t look convincing in a steady wide shot, the filmmaker will capture it with frenetic, nausea inducing camera work, with quick cuts to create a false sense of intensity. This can also be utilized to mimic the style of a more successful film, but without the understanding of why it was used and what made that use successful, such mimicry rarely pays off.

But Taken 3 isn’t mimicking Saving Private Ryan, of course. To pinpoint the most common origin of modern action cinematography, we need look no further than the films that revolutionized the espionage genre, the Jason Bourne franchise. There might be some who would disagree about how well the Bourne films, specifically Supremacy, Ultimatum, and Jason Bourne utilized shaky cam under the direction of Paul Greengrass, let’s take a look at a fight scene to see how it compares to Taken:

At first glance, this scene hardly seems different. Rapid cuts, and a cameraman that seems to be on his 99th cup of coffee for the day. But upon closer inspection, there are some important distinctions that not only set this scene apart, but lend it a clarity you wouldn’t expect from such fast cuts.

The first thing to notice as that while the cuts are fast, they rarely enter into action-reaction editing that leaves the moment of impact on the cutting room floor. When Bourne slams a book into Desh’s foot, then punches it into his throat, those impacts happen on camera, not between cuts, giving a greater sense of power and impact to the struggle between the two fighters. The fast cuts also still allow for multiple wide shots to establish the room. Though they might only be a few moment’s long, there are shots interspersed that give us a larger view of halls, the room, and the bathroom, which aid’s the audience’s sense of geography without pulling the audience out of the middle of this brutal altercation. And almost every important action, from a gun dropping to the floor to the grabbing of an improvised weapon, occurs in the middle of the screen. No matter how shaky things look, the important focal points largely stay in center frame.

So why are Spielberg and Greengrass able to utilize shaky cam where others fail? Beyond the fact that they’re not the kind to settle for sub par stunt work in their films, it’s because they’re not copying. While Bourne’s influence can be clearly felt in movies like Taken and countless other espionage or action films, Paul Greengrass didn’t film those movies saying “Well this camera style worked for such and such a movie that made a boatload of money, I’m sure it will work for me too!” Like Spielberg, he made an artistic decision and had a directorial vision for his films that was best expressed through more kinetic and chaotic camera work.

For those who hate shaky cam, there has been a resurgence in recent years of incredible action films using clear, wide angles and steady shots to capture the action in all its glory. From the John Wick franchise, to Mad Max: Fury Road, and even small screen shows like The Mandalorian, more filmmakers have been returning to the old ways in order to give audiences the best possible action films they can, and that’s awesome. I just hope that more filmmakers learn how to correctly use shaky cam as well, because in the right hands, it can be used to make some unforgettable action scenes.

For those who just can’t bring themselves to agree with me, here’s one of my favorite steadicam fight scenes to cleanse your palate of all the queasy cam: