Final Fantasy 7 Remake is on the horizon! Is it worth it? 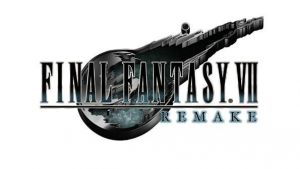 Squaresoft (now Square Enix) is ready to unleash the long awaited remake of Final Fantasy 7, but is it really worth all the hype?

The original 1997 release was very well received by Japanese, and American audiences. So much so that within its first three days it had sold two million copies in Japan alone, and 500,000 copies in 3 weeks in North America. Based on these numbers most people would automatically think “Hell yes, we need more of that!” and with the updated graphics, game engine and stellar voice-over work I would agree as this is all shown in the latest trailer for this potentially huge release.

I had a chance to sit down, and watch the final trailer for Final Fantasy 7 Remake, and have the break down on the awesome-ness waiting to unfold: Tifa: Hey Cloud, whatcha doin’?
Cloud: Wondering if spiky hair will ever be a thing? Oh Sephiroth, is that you again!? Oh look, the little glowy things will give us magic powers. No, I will not sit in the chair across from the crazy lady yelling at me! Well, looks like we know when to spend our money on this awesome game.

There we have it! Is it worth it? In my opinion, absolutely, and if you have  PS4 you can get a copy real soon. Keep in mind this will be the first installment as Square Enix could not condense the entire game into one disc. There has not been a time-table set for the future releases, but we can only hope they come out sooner than later. Oh, and there is also that pesky exclusivity deal through 2021, so us Xbox One owners will have to wait a little longer to play this gem.

Are you eager to play Final Fantasy 7 Remake, or do you think this is just a nostalgic money grab? Let us know in the comments below!