Things We Need to See in The Clone Wars Final Season 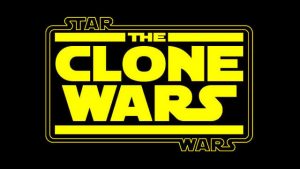 The Clone Wars has amazed and astounded audiences since its release in 2008. While some of the plots and characters in the series have been forgettable, I’m looking at you baby Jabba, for the most part it has been an exciting ride in the Star Wars universe. When Disney announced that there would be a seventh season of the show fans were enamored and could hardly wait to continue their adventures, but alas it would be the final season. So what does Dave Filoni and his creative team need to do to finish off the series off strong? Let’s look at a few things.

The beginning of Revenge of the Sith showed one of the most epic space battles in all of Star Wars. It culminated with the rescue of Supreme Chancellor Palpatine by Obi-Wan and Anakin from the clutches of Count Dooku and General Grievous. How did the Separatists forces invade Coruscant and manage to get a hold of the Chancellor? Palpatine most likely allowed it to happen and set up the plan that put it in motion but we as fans want to see it happen. The Tartakovsky micro series which was released on Cartoon Network in 2003 covered these events however it is no longer considered canon so getting a canon treatment wold be great.

This character first appeared in this series and has since become a fan favorite. The last we saw of her in The Clone Wars was her renouncing the Jedi order and walking off into the sunset. She has since appeared in Rebels and even as a voice the spoke to Rey in The Rise of Skywalker, but how did she get there? We need to see her character develop more as she works outside of the republic and the Jedi order to restore peace. Speaking of Ahsoka she had a role in the siege of Mandalore along with Rex. This Siege happened concurrently with Order 66 and was mentioned in Rebels as well as The Mandalorian. I think we as a fanbase are deserving of an arc that shows us exactly what this was all about and what happened. It would also give an excuse for us to find out what happened to Rex and how he and his troop dealt with Order 66. Also something to come out of the series was the darksaber. We all know Maul was the last one seen wielding it and Sabine gains control of it during the Rebels series. She recovered it from the Nightsisters lair on Dathomir. Photo from “The Mandalorian” series

This Jedi betrayed the Jedi order and attempted to place the blame of a bombing on Coruscant and the murder of a suspect on Ahsoka. The last time she was seen she was being carted off after betraying Ahsoka and revealing that she believed that the Jedi were the cause of the war. She was being held in what we assume was a prison on Coruscant but with Palpatine knowing her existence and most likely her location was she also a victim of Order 66 or did Palpatine have a more nefarious plan for her. This series finale was one that fans have demanded and we are now three episodes into the new season. A lot of the fans knew that the “Bad Batch” arc was going to happen due to it being an unfinished episode that was released on starwars.com. The Siege of Mandalore and the capture of Palpatine are absolute musts for any fan. The way the series is going so far though the only thing that could sink it was if it were mentioned that Jar-Jar’s wife was pregnant too and gave birth the same time as Padme.  Only time will tell what we get in the new season but based on the first few episodes it promises to be a good one.