Lego Skywalker Saga: Do We Have a Release Date Yet? 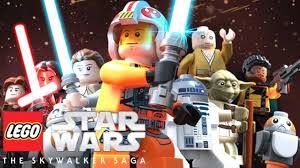 Lego Star Wars: The Skywalker Saga still has no release date and is leaving fans in the dark as to when they can get their hands on it. The most we have is a broad generalization that it will be…sometime in 2020. The game was first teased to be in development by Lucasfilm sound editor Matthew Wood at Star Wars Celebration Chicago in April 2019. An announcement trailer premiered in June at E3 2019 during Microsoft’s press conference. A second trailer showing one scene from all nine movies was released on 20 December to coincide with the release of The Rise of Skywalker.  Since then there has been little to no word from Travelers Tales or Warner Brothers active entertainment as to a release date for Lego Star Wars: The Skywalker Saga. The Original game was released on March 29th 2005, so we are fast coming up on the 15th anniversary of the game and the rumor was that it would release on this date. All of the major outlets Wal-mart, Amazon, Target, etc. all have a pre-order and a date of delivery by December 31st but that is the last day of the year and the game was set to be out some time in 2020 so this has the entire year covered. As of February 13, 2009, Lego Star Wars: The Video Game has sold over 6.8 million copies worldwide, Lego Star Wars II has sold over 8.3 million, The Complete Saga has sold over 4.1 million, and the three combined have sold over 21 million. Based on the number of sales from previous games one would think that  they would want to get it out as soon as possible. Andy Holt (@Holt_Andy) is the Assistant Game Director at Travelers Tales Games (Tt Games) – currently on LEGO Star Wars: The Skywalker Saga. In a recent tweet he has stated that due to the NDA (Non Disclosure Agreement) they are not allowed to discuss anything that they are working on in the game. This includes as to weather the game is even being worked on right now due to the global pandemic of the COVID-19 virus. I understand and I think the fanbase in general understands that the world is in turmoil right now and the creation of video games is not very high on the priority list so we understand if there is not a release date. If it is not being worked on because of people being sent home due to the virus then that’s fine but PLEASE keep the fans informed. If you have to push the date back and release later that’s OK too just let us know and keep us in the loop.  We all just need to understand that this crisis will pass and then we can get back to business as usual and get lost in our Lego fantasy in a galaxy far far away.