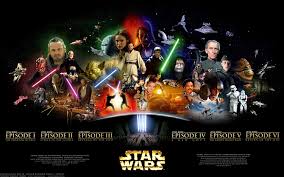 Academy Award® winner Taika Waititi, who recently won Best Adapted Screenplay for Jojo Rabbit and directed the widely-acclaimed first season finale episode of The Mandalorian on Disney+, will direct and co-write a new Star Wars feature film for theatrical release according to starwars.com

Joining Waititi on the screenplay will be Academy Award® nominee Krysty Wilson-Cairns (1917, Last Night in Soho), who received a BAFTA Award for Outstanding British Film of the Year on the three-time Oscar-winning film, 1917.

Waititi as we all know was the acclaimed director of Thor: Ragnorak. That movies franchise was on deaths door after the poor result of the second movie, but he stepped in and breathed life back into the series and gave the fans what they wanted. Based on his past work with the franchise as well as his other works it looks as though this could be an amazing addition to the Star Wars universe.