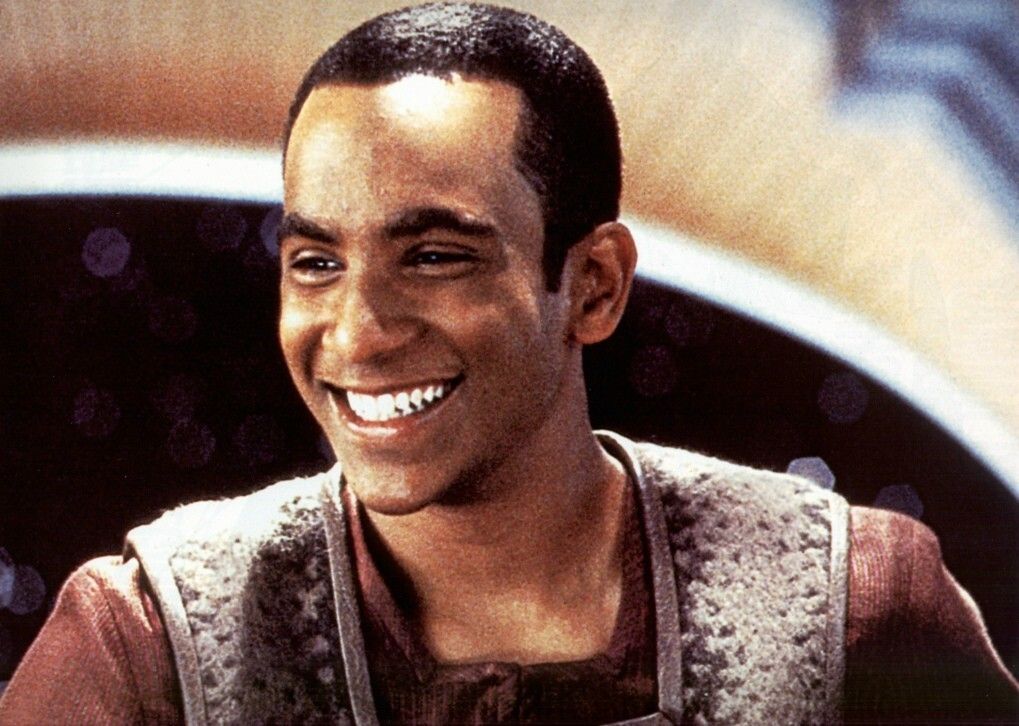 The Star Trek universe has brought about a lot of characters, so many that people have trouble keeping track sometimes, and obviously, there are favorites. There are also characters that people hate for their own reasons but according to ScreenRant, Jake Sisko is one of the top hated supporting characters in the Star Trek franchise.

Many people don’t like kids on shows like Deep Space Nine, but Jake was a good character, especially for what he had gone through. His mother had been killed by the Borg during the Battle of Wolf 359. He barely survived the attack himself. Later, he was faced with his terrible past again when a mirror-universe Jennifer Sisko lured him into a trap in a completely different dimension and he had to watch her die…again.

According to the Open-Source Psychometrics Project, people gave Jake an average rating of 70.1 for impatience, 72 for illogical, and 62.7 for rebellious, all out of a 100 point scale. The same site also had very positive character traits as being high on his rating, like kindness(at 88.1) and loyalty(at 86.2). The closer the rating is to 100 points, the higher the character trait appears to people. Around 120 people voted per trait listed here.

Jake started out half-destroyed, broken, tormented and whiny, hundreds of light years from Earth to a reporter with the will to do anything he believed to be right. Patience is not a common trait for young adults, but he learns to be patient. He has to after he becomes a war correspondent on enemy lines. One of the most common traits for people this age is also rebellious, an example being how Jake stayed back to collect information about the war. Jake starts broken, and learns to fix himself through kindness, loyalty and determination in his articles. He may have not been able to save his mother, but he can save other people with his work. 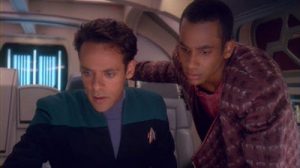 Jake has shown tremendous courage and bravery in Deep Space Nine. His single act of defiance was to report a war while in the hands of the enemy themselves. His father even said to him “It takes courage to look inside yourself, and even more courage to write about it.”

Jake has one of the greatest arcs in Deep Space Nine. He ended up leaving his dad to stay on an enemy base to report as a war correspondent…and still just a teenager. How many teens today could handle that?

He could have had an easy life on Earth, but instead he ends up in a crappy space station with no beds. Jake started off complaining about a lack of beds and finished the series witnessing death and dismemberment first-hand.

As a kid, his past should have really messed him up.

The character should have been afraid of anything or just really angry with the world after everything he had gone through, out for revenge or something along those lines, but he wasn’t. Instead, the most rebellious thing he did was stay behind to report a war, from the focal point of the largest war in the galaxy, while another teenager, Wesley Crusher, the “Mary Sue” child, performed illegal maneuvers, lied about it and subverted Federation negotiations during the episode The First Duty, the 119 episode of Star Trek: Next Generation. 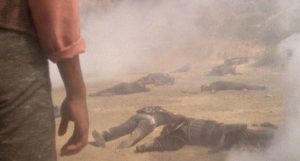 At least Jake didn’t lie about indirectly killing members of his own crew and would have the guts to own up to his mistakes.

Jake wanted to write. He wanted to bring stories into the light and fight for them. He was not only a journalist, but a someone that fought back against the Dominions restrictions on freedom of speech. He stayed behind enemy lines as a journalist, even though he could have gone to work somewhere safer.

Jake also had no peers in the U.S.S. Saratoga. He was trying to catch up socially, like that little sibling that wants to be included. He will seem annoying to the people he’s trying to catch up to, which can be another reason that he’s not that high on the favorite’s list.

Teenagers are usually considered to be whiny and rebellious, but Jake wasn’t very whiny and defiant, especially after what had happened to him. He had to watch his mother die twice and was ripped apart time and time again. Sure, he did a few things and he complained about a few other things, but he’s a good kid. He isn’t a mini version of his father and never tried to be. He moved forward in his own way and tried to make a difference in a completely separate way than his father did.

The cast of Deep Space Nine was rather large. Every character had to fight for some sort of screen time. Even with those obstacles, Jake has a character arc and learns as the series goes on that he’s not as invincible as he thought. Every teenager goes through a point where their own pride and invincibility is tested and every one of them has to learn that they aren’t invincible. Jake watched his mother die twice, was threatened multiple times because of his writing and fell over and over again because of his inexperience. 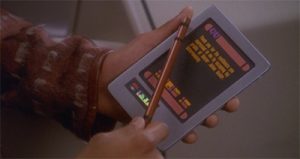 Through everything that Jake had stuck through, it showed his tremendous drive and his ability to change. After his mother, the war and the legacy his father had left behind, Jake still moved forward. Many kids wouldn’t have made it past the broken beds.

Jake sets the example for younger writers and will continue to do so years after Deep Space Nine ended. Jake digs through the truth and spreads it. Jake discovers the unknown, or as James T. Kirk says, “the temporarily hidden,” and displays it to the world. He demonstrates the power that words can have in the universe. He reveals exactly what James T. Kirk says in The Corbomite Maneuver, “There is no such thing as the unknown. Only things temporarily hidden, temporarily not understood.”