Is The Comicsgate Movement Dividing Fans Over Political Issues?

I can’t put my finger on when exactly I started to notice the clash between the comic book industry and its beloved fans and has become more evident the more the Comicsgate movement picks up steam. For those of you who are unfamiliar with this movement its best described as an online movement that believes that the comic book industry is becoming over saturated with political messages. The Comicsgate activists also is bringing to light the unprofessional manner in which publishing companies and their employees interact with fans.

Where these activists are starting to draw criticism is in the way they are seeking to only to remove the political messages for marginalized groups. The Washington Post published information about this movement as early as 2008 stating that “Comicsgate claims to be fighting against censorship and the politicized groupthink of leftist social justice warriors (SJWs) — anti-racists, feminists and marginalized people whom the right characterizes as oppressors”

Comics have oftentimes been written as a way to bring to light social issues and teach people about tolerance. So why is it now that such a strong movement to silence these messages is coming to light? Since Comicsgate seems to have taken a particular issue with DC and Marvel comics, is the issue less with the message and more with how it is being brought into the story? 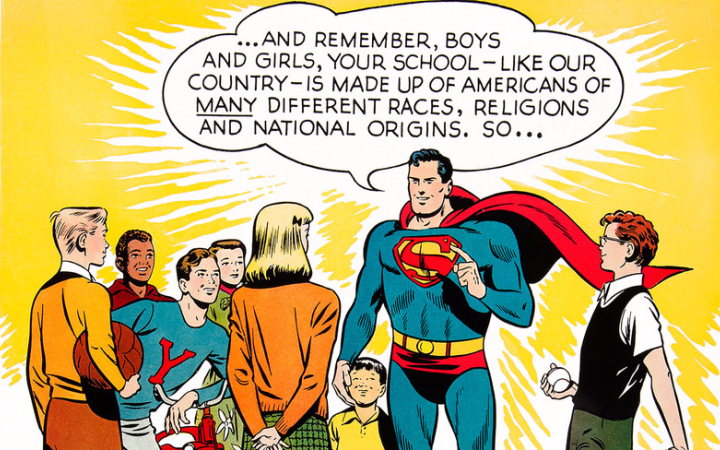 There are characters that people have grown up with their entire lives. People have favorite characters based on things they can relate to in their own lives. When you suddenly change a character in a way that people can no longer relate to them the way they have in the past this can be a difficult change for people to accept. An example of this is Iceman. In Uncanny Xmen 425, during the wedding of Havoc, Iceman showed signs of being homophobic. This character was originally brought into the series in 1963 when there was less representation if the LGBTQ community.

However, Marvel didn’t expect the backlash they saw from fans when they revealed in 2012 that Iceman was gay.  While Iceman is part of the original Xmen, and Marvel has spoken on the matter several times I don’t think the fans have as much of an issue with the sexual orientation of a character, but it was the fact that this change was made to an existing character. If Iceman had been new or if he had been more like Northstar people may have been more accepting of the change. By changing the character the way they did perception is that they made the change to appeal to a new fan base while leaving other fans to struggle with their knowledge of a long time character.

The comic book fans are a very accepting group of people. It’s my opinion that they aren’t against a comic having an agenda that relates to politics or social issues. It gets down to how it is introduced. Don’t change the backstory of a character that has been around for 50 years just to increase your fan base. Create something unique to the fan base you want to see more of. Fans both old and new will appreciate not only new characters but new content that isn’t just an upcycle of what we already know.

Have you noticed a change to your favorite comics? Do you think the change is good or do you think it alienates existing fans? Sound off with your comments.