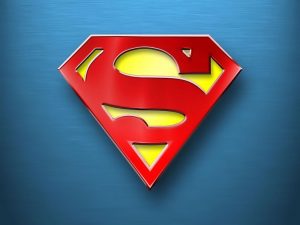 Superman is arguably THE example in our minds when we think the word “superhero.” Yet even in today’s era of largely popular superhero movies rocking the box office, the Man of Steel has been repeatedly mishandled beyond his successful first outing in Superman (1978).

Superman made a worldwide gross of $300,218,018 in its original release on an estimated $55,000,000 budget. Each Superman movie made more than their original budgets except Superman IV: The Quest for Peace (1987). People turned up for the movies; yet many walked away feeling let down with each new attempt.

Consider the character: Superman fights a never-ending battle for truth, justice, and the American way while leading two lives as the Man of Steel and Clark Kent. Through Superman’s feats and Clark’s abilities as a writer for the press, this one character exemplifies doing your best with what you have inside for the sake of others. Yet almost no Superman movie utilizes these concepts. Superman II (1980) took an unnecessary adult level having Superman and Lois Lane sleep together, was annoyingly more comical and campy than its predecessor, and had Superman kill enemies rather than find a non-lethal approach. Superman III (1983) was a boring Richard Pryor vehicle with Superman going bad for a little while.

Superman IV, considered preachy in its anti-nukes stance, was the victim of obviously poor production quality. The visual effects laughingly replace the illusion that a man can fly with “can Mariel Hemingway breathe in space?” They constantly recycle the same shot of Superman flying toward the camera. The score by Alexander Courage isn’t inspiring. The film aimed high but fell flat.

Superman Returns (2006) threw us another Lex Luthor-based land-grab scheme instead of a toe-to-toe battle. Its premise “the world doesn’t need Superman” is not delivered beyond the fact that Lois Lane wrote a Pulitzer-winning piece saying so; he returns to save the day mid-film and is welcomed back with cheers the world over. The film tries hard to be akin to Superman and fails to be its own story while trying to recapture the idealistic and good Superman found in Christopher Reeve. Brandon Routh takes on the role in Superman Returns. Photo credit to Cinemontage.

Next is the DC Extended Universe beginning with Man of Steel (2013) in which Superman again crosses the line and kills an enemy. In Batman v Superman: Dawn of Justice (2016) Superman is dark and brooding. There is little room for morality or virtue in these two tellings of Superman; everything is gritty to suit a “real-world” ideal. Being Superman is a burden with little good coming from it. Clark Kent/Superman asking questions about his place as a walking demigod in a real world that doesn’t understand him is fine; but don’t tell me I have to see Pa and Ma Kent act as sources of a paranoid, distrustful outlook rather than imparting their view of the potential good in the world and why it needs protecting.

It’s not only the filmmakers who seem out of touch. In an interview with Den of Geek, Superman director Richard Donner says “It’s a very dark society, I’m sorry to say. Where’s all the laughter and fun and the possibilities of everything being wonderful in life? They seem to be pushed aside and somewhat suppressed.” Henry Cavill, the latest in the role, starring in Man of Steel. Photo credit to Takes On Tech.

He’s not wrong; I’ve met many fellow geeks who posit Batman — the grim cynic in many respects — is more relatable than Superman which suggests the perspective that darkness drives us. If this was the loudest opinion, Man of Steel and Batman v Superman would have fared better critically.

Let Superman be a light of goodness, justice, and helping others in a “real world” that’s so dark and gritty; an example of hope and optimism instead of a depressing Batman wannabe. It’s what fans hope to see; otherwise they’d have stopped coming to see the movies. And hell yes, let him fight powerful enemies such as Darkseid, General Zod, and even Lex Luthor in his kryptonite-powered armor while saving people from disasters in today’s effects-capable era.