Lego Sets From the Sequel Trilogy: From Takodona to Canto Bight 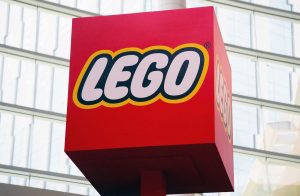 Hello all you lovers of the Brick! Last week we looked at some of my favorite sets from the Prequel Trilogy and this week we delve into the the good and the bad from the Sequel Trilogy (ST). Once again I will not be including Ultimate Collector Series (UCS) sets and I’m including a bonus set from the Legends theme of sets. All prices given are in US dollars and are the price of the set when it was released. With out any further ado lets get going.

Rating: “That’s one hell of a pilot” Here we have a new and upgraded X-Wing from the Original Trilogy. This is a beauty mainly because of the color scheme. The black and orange provide a lovely contrast to other Star Wars Lego sets. the most common color is gray and now we have a set with some color. Not only that it is a great set from one of my favorites scenes in the movie. It is a good solid build and makes for some great flying around the room. This is a perfect example of jumping the gun. This set was released on Force Friday about 3 months before The Force Awakens was released. I’m sure the only thing that they had to design the model off of was the production stills and knew nothing about the workings of the ship. In the movie the wings of this craft fold down into a V shape while flying. This does not do that. In the movie the ship was black. Here its a dark gray color. Everything that off about this set which is why I rated this as the worst. On a side note they did redo this set for The Rise of Skywalker and made it properly and gave Kylo the ship he deserves.

Rating: “We can rule together and bring a new order to the galaxy.” As I have said in a previous article the AT-AT is by far my favorite vehicle in the Star Wars universe. It should come as no surprise at all that this beast makes the list as my favorite. It was a hard call as well since the Resistance Bomber was also an amazing set. The size alone of this monster gives it the top spot and the huge cannon on top just adds to the beauty of it. I know it may seem the a price tag of $150 is a little much but based on the piece count it actually averages to around 10 cents per piece so its actually pretty average. Where to begin on this travesty. First and foremost the title is all wrong. This was a recreation of the scene on Snoke’s ship where BB-8 assisted Finn and Rose as they escaped the destroyed ship. There is only half of an AT-ST here. The whole “head” part is missing so that BB-8 can be seen and in control of the vehicle. If you’re going to call it an AT-ST then give us the whole vehicle even if you have to do a removable top to recreate the scene.

The Rise of Skywalker:

Rating: “I am all the Jedi” Lego finally achieved what collectors have been asking for. There have been five other versions of the Falcon and each one has had the same complaint that there are too many gaps between the bricks on the top part of the ship. This one solved that problem and now the system series has a copy of the most beloved ship in the galaxy.

Rating: “My programming forbids me from translating it” Honestly there are currently not a whole lot of Rise of Skywalker sets out right now so its hard to judge best and worst at this point. All of the sets from this movie so far are amazing. However one has to be chosen and as the writing of this article this one gets the honor of being the “worst”. It is a good solid build and has excellent playability. The fault here doesn’t really rest with Lego. The ship itself in my opinion is just a bad looking design of the ship. It is just very flat and blocky looking. The TIE fighter, the Interceptor, the bomber, even Kylo’s interceptor that had a great scene in the movie look better than this.

Rating: A stunning victory for the Empire. This is a classic from the Extended Universe (EU) or Legends as they are now referred to. The Defender first appeared in the TIE Fighter video game. It is one of several things that transitioned from the EU to what is now cannon. It was a major plot point as a project Thrawn (another carry over) was working on in Rebels. This was released in 2009 and has since been labeled as a Legends set but since it has been made a part of cannon now it may be time for Lego to release another version of it.

I’m sure there are those out there that think I made all the wrong choices. If you’re one of those then please comment and let me know your likes and dislikes. I’d love to hear them. Well that’s it for me this week. Join me next week as I look at my favorite sets from Rogue One, Solo, and The Clone Wars and dont forget to check out my other articles about sets from the Original Trilogy and the Prequel Trilogy.