SDCC is a wrap folks!  The Star Trek panels had ups and downs but there’s definitely a few bright lights coming to the final frontier.

There were no announcements or trailers in the Discovery panel.  The majority of the panel was taken up with a table read from the season 2 finale, Such Sweet Sorrow, Part 2 that included sound effects, storyboards and unfinished CGI. The Q and A portion of the panel focused on where the actors thought their characters are, emotionally,  going into season 3. Debi discusses the disappointment in her article on the Discovery and Picard panels. 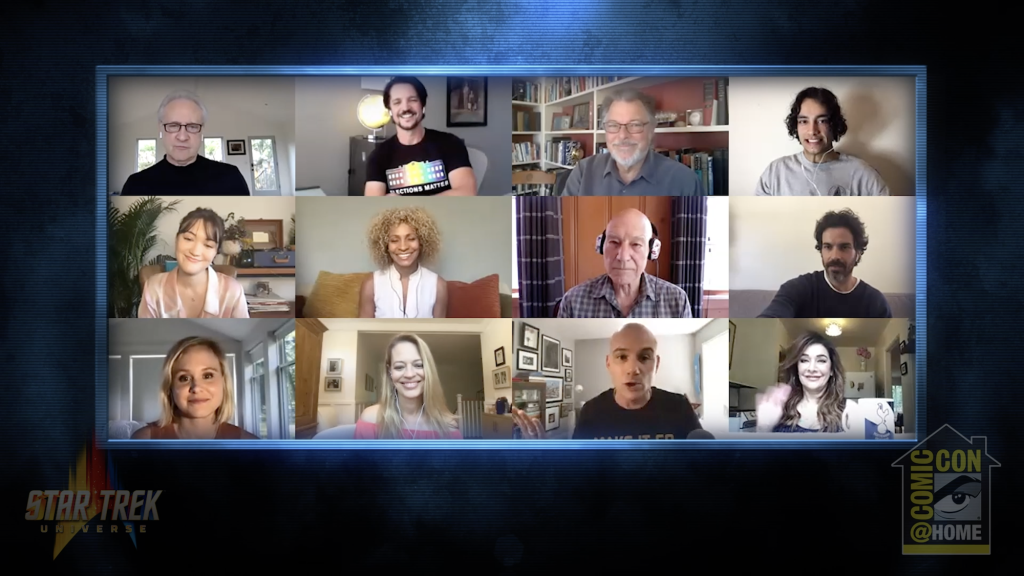 As for another Trek series, in an interview, Alex Kurtzman did state that he wanted to make an announcement about Star Trek:  A Strange New World at the last Comic Con, as they were actively talking about the series.  There are now 10 mapped out episodes for the series. In my opinion, most of the actors seemed pretty somber or too serious, which made it a pretty dull panel. It was revealed by a few actors that Strange New World will bring us back to Pike and Spock and how we got to the OG Trek series which starred Leonard Nemoy and William Shatner.

The Picard panel was totally different from the Discovery panel. Although they didn’t have any new announcements or trailers, this group knew how to have fun! There were lots of kidding/joking around that had me smiling through the whole panel. Patrick Stewart talked about the evolution of Jean-Luc Picard since we last saw him in TNG, explaining that there is a lot of guilt, sadness and anger in him.  There was also a lot of talk among the actors as to whose character was the first “Space Cowboy” that led to a lot of jokes and laughter.  Picard was definitely one of the highlights of this panel! 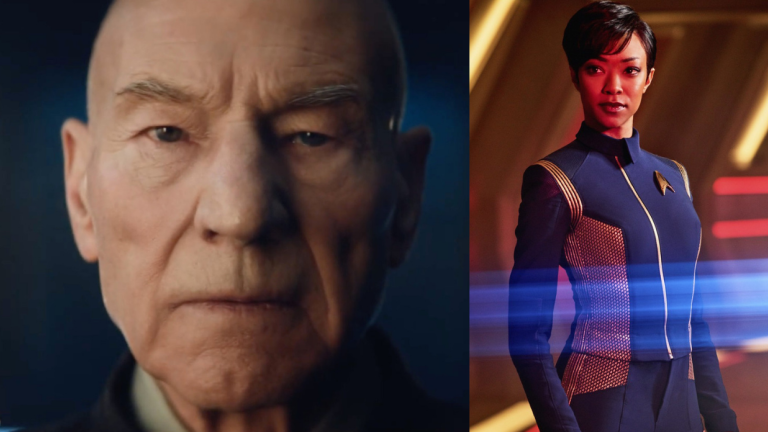 Photo from Den of Geek

Also announced were details on some animation for the Trek universe.  We got to meet the cast of the up and coming series Star Trek: Lower Decks.  The series is due to release on CBS All-Access on August 6, 2020.  The cast discussed their characters and we even got a sneak peak including a bat’leth! There were almost a few spoilers but they were hilariously bleeped out.  Definitely something that wouldn’t have happened if Comic Con was in person! We were able to learn that there will be a trip to the Holodeck in this animated show.  The sneak peak made it evident this show is NOT intended for children due to the bat’leth being used to cut the guys leg and the characters are evidently drunk.

As far as animation for children, it was announced that there was to be a series on Nickelodeon.  The show is titled Star Trek: Prodigy and it is due to release in 2021.  No cast was announced at this time.  We did get to see the colorful logo! Can’t wait for more information!

For more information on the animated side of Trek be sure to check out Chelsea’s article.

No announcements came out of the Kelvin timeline at this time.

Now we leave the silver screen and go to the written Trek world.  It was announced at the Women of Starfleet panel that Cassandra Rose Clarke is writing a Star Trek novel that will cover the lives of Counselor Troi and Doctor Crusher.  Not much was released about this novel besides that it was boosting the roles of women in the Star Trek Universe.  Be sure to check out the full article! 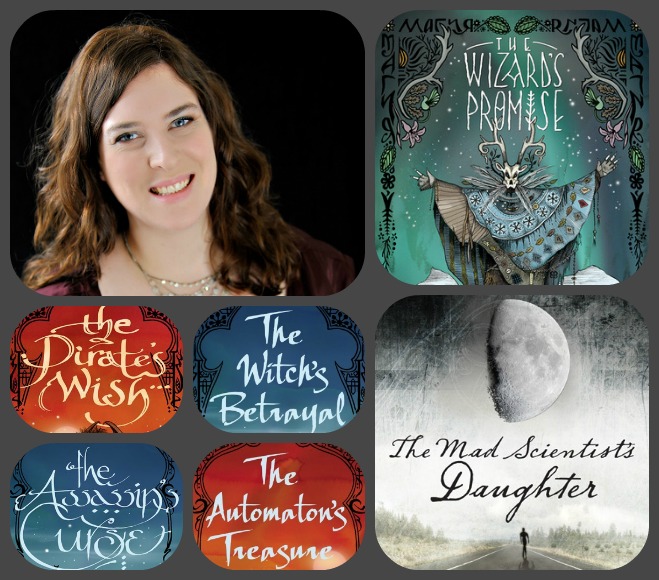 Best article of the weekend had to be the Psychology of Star Wars vs Star Trek panel.  They had cast members from Trek and Wars switch sides and defend the base they were not a part of! Debating with no preparations.

The battle began with the code of the Mandalorian versus the code of the Klingon.  It came down to who was more open throughout the series to welcome in strangers and diversity.  Star Wars won the first battle as Klingons did not start to be welcoming until Worf in The Next Generation while the Mandalorians diversified lots sooner.  It also came down to choice versus birth.

The second argument was about emotional intelligence and whether Picard or Luke Skywalker had more.  The panelists discussed how both had their struggles.  Picard however won this one because he overcame more than Luke did as far as being good and going dark then rising back to the good.  He dealt with the Borg twice, even the panelists said that he dealt with a lot.  He had to lose his friend and struggle with past decisions.  Picard came back willingly.  Luke came back whiny and it felt he was forced.  I agree with the panelists when they said we need to be able to learn from our failures to be emotionally intelligent. 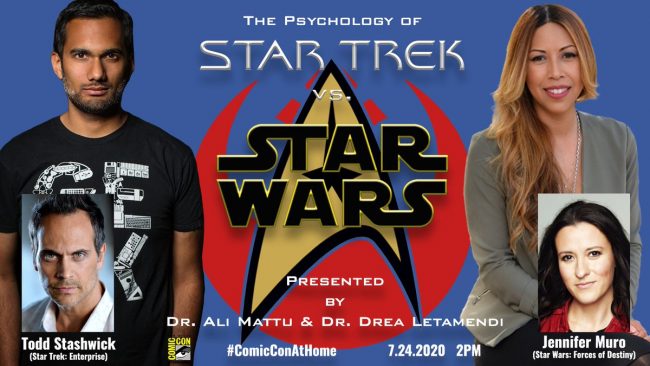 The third battle in the panel was Rey versus Michael Burnham and how to cope with stresses in a healthy way.  It was do you run from who you are and what you’ve become or do you embrace it.  Burnham embraced her identity more than Rey.  She lost her family and was adopted then goes to being the sibling to Spock! Imagine having to live up to him.  She embraced it and became her own person.

The fourth debate was on the Kelvin timeline of Star Trek as it had JJ Abrams, who a panelist claimed was “A star wars man.”  Both of the sides agreed during this part of the debate and that JJ had his influence evident in his Star Wars and his Star Trek movies.

Be sure to like Geek News Now on Facebook and Twitter and let us know what part about Star Trek you’re looking forward to the most!