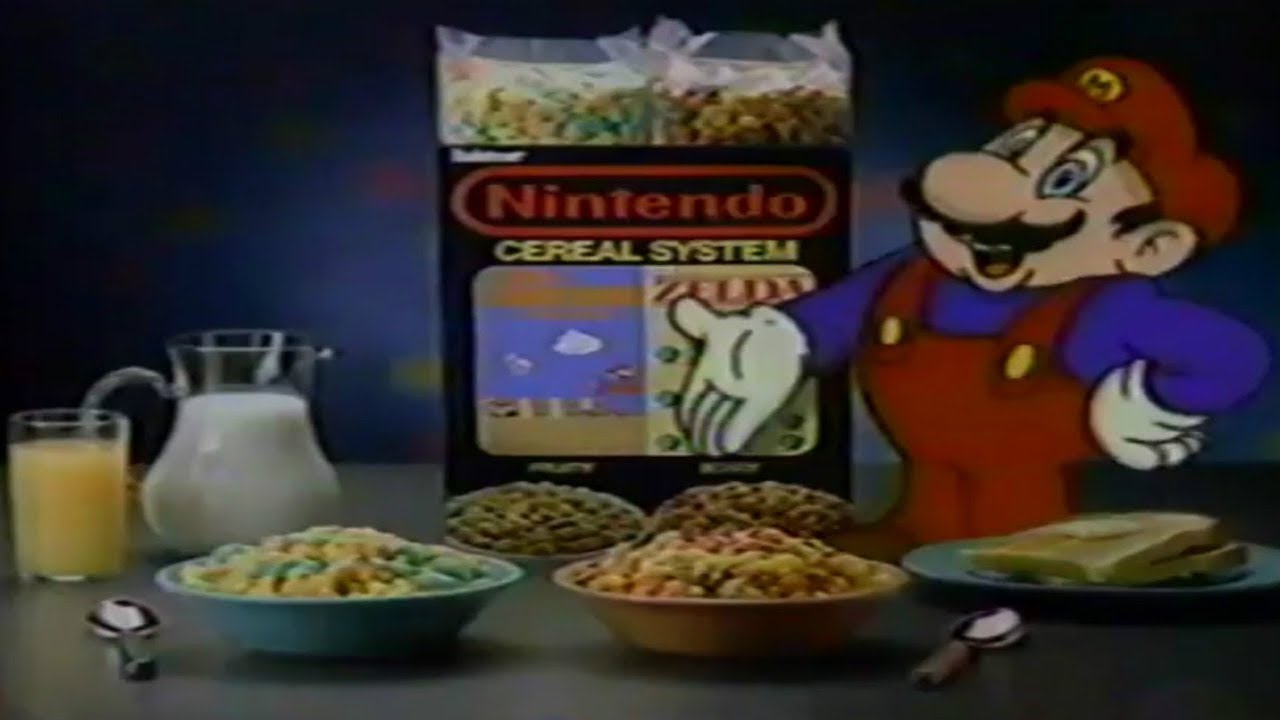 The Nintendo Entertainment System (NES) left the strongest nostalgic punch in gaming history! The Bandai Arcadia, the TRS-80, and even the RCA Fred-2 faded into obscurity leaving no such a mark. No other system, new or old, inspired the sort of treasure trove of products we got in the late 80’s at the height of the NES’ popularity.

First, let’s talk about the way NES impacted our TV screens… No, not with the game-play; I’m talking about a certain rad cartoon show and a movie. 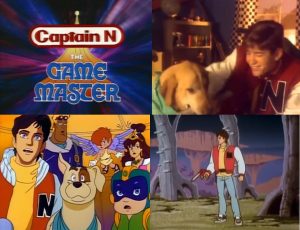 Some screen captures of “Captain N: The Game Master” in all its glory! Picture credit to theretronetwork.com

Forget The Super Mario Bros. Super Show (1989) and The Legend of Zelda (1989)… Excuuuuse *me*, princess, but show me Captain N: The Game Master (1989)! This goofy but fun series followed everyday teenager Kevin Keene who is summoned via “the ultimate warp zone” to defend Videoland with his “Power Pad” belt (an NES-style controller belt-buckle) and Zapper gun from villainous Mother Brain (voiced by Audrey II actor Levi Stubbs in much the same vocal approach). Fighting beside Kevin are Princess Lana, Simon Belmont, Kid Icarus, and Mega Man.

I love this show, but don’t expect the last three characters to live up to their game images; Belmont isn’t a rough and tough hero but instead a vain coward, and Mega Man *barely* resembles the blue ‘bot of battle while sporting green and sounding like the first robotic chain-smoker. Kid Icarus comes closest in his appearance to his real game self, but they got the name wrong; it’s Pit! Seems like whomever designed this show didn’t exactly care for accuracy; just easy NES fan attention.

But oh the annoying “mega” this and “mega” that spoken from Mega Man every other sentence! Or Kid Icarus’ constant ending of each sentence with “icus”! IMDb rates it at 6.2 out of 10 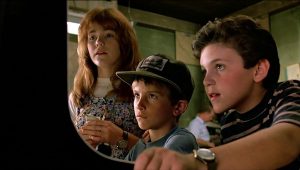 Next we look at that wonderful movie which many declared the longest Nintendo games ad: The Wizard (1989)! Corey Woods (Fred Savage) runs away with his little brother Jimmy — a regular wiz at any video game he plays — to California. Partnering with a road-wise girl named Haley (Jenny Lewis), the trio plan to enter Jimmy into the Video Armageddon championship at Universal Studios to prove Jimmy doesn’t belong in a mental institution. They make their way from Utah to their destination while conning less-experienced video game players into competing with Jimmy for fast cash… all the while, pursued by concerned family (including a young Christian Slater at the height of his popularity) and a scummy bounty hunter who retrieves runaway kids.

Is The Wizard one big NES commercial? Yeah, it is… but it’s a fun and touching story showing the importance of family! Add in the fantastic scenes of Nintendo game-play (“Ninja Gaiden”, “Double Dragon”, “Metroid”, and more) and hilarious moments like when Putnam (the bounty hunter) gets beat up by Haley’s trucker pals (basically you love to see Putnam get his at every turn)… and let us not forget one vital thing: it introduced us all to “Super Mario Bros. 3”!

Then there’s the epic line “I love the Powerglove… It’s so *bad*!” 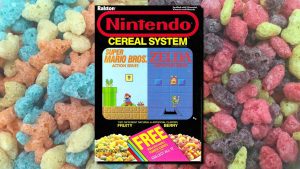 Now we come to the NES’ impact on… breakfast! When almost any popular movie or cartoon could get its own brand of cereal on the market, there was Nintendo Cereal System. Ralston Cereals cranked this stuff out in 1988 only to discontinue it in 1989; must not have been as good or as popular as they hoped… The cereal box, split into two bags, represented Super Mario Bros. (fruity flavor) and The Legend of Zelda (berry flavor); both sides had characters and images known to their respective games.

Get this: nostalgic fans still buy unopened boxes for their own collections! A box was sold on eBay in 2010 for $200 and these boxes tend to range in the hundreds price range now.

These products, symbolic of the height and popularity of NES, were inevitable… and also kinda cool. It’s commercialism doing its thing, but they gave many of us have lasting memories. They remind us of a time gone by when Nintendo definitely had our attention and threw enough amusing, creative visuals our way to entice us into wanting more.

I never had Nintendo cereal, but enjoyed the heck out of Captain N and The Wizard… and still do! You can catch The Wizard on the HBO subscription on Amazon Prime Video; Captain N is harder to track down these days. I myself purchased the out-of-print Captain N DVDs and plan to get a copy of The Wizard as a collector’s edition Blu-ray for some deleted scenes and bonus features. See both if you can!

Got any memories of the NES products craze of the late 80’s? Comment below! Also, check out Geek News Now and give us a like on the Facebook page!