Panelists Not In Love With Love Dynamics In Many Games! 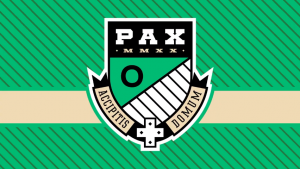 Romance and sex are treated as prizes to be won within gaming narratives and mechanics; it’s time to change that! The panelists of “Gamifying Romance: Why Hearts Should Be More Than a Prize” for the PAX Online 2020 weighed in on how such has long been the case in video games and the toxic power fantasy it creates for many players. Panelists expressed concern regarding how sex and romance tends to be rewarded in some games by having the protagonist manage to say and/or do all the right things; positing rightly that it’s not how it works in real life.

“As much as people want to kind of say ‘oh it’s just a game; whatever, whatever’, like, it’s not, you know, perpetuating anything, it does!”said Jessica Howard (Managing Editor with Uppercut website and panel moderator). “It-… it creates that sort of entitlement that we see, especially in a lot of male gamers. It’s the reason why you have people who go into girls’ Twitch channels and give them money and give them bits and sub to them and then they expect something from it. You know? And it’s like ‘no! You’re just here because you’re enjoying the content somebody’s making or you enjoy their personality or whatever; you’re not entitled to this girl’s time or her favor or her attention.’ ”

“The issue with these kind of, like, gaming romances is because they-… they kind of push the narrative of, like, you can act like this with a real person.” said Monti Velez (Editor at Large for Uppercut), who shows no enjoyment of the sex scenes in many games. Teacher Kawakami and you, the student, in a romantic relationship in the game “Persona 5”. Picture credit to kotaku.com

The panelists didn’t favor the romance routes in the game “Persona 5” in which you, as a teenage character, can date adult women when the game already presents an example of adults in positions of direct power taking advantage; in the game, there is a teacher who preys on teenage girls at his school, which should be seen as wrong and yet the game encourages its lead character, a teenager, to form romantic and implied sexual relationships with adult women. I think that definitely sends a mixed message.

Zhenghua “Z” Yang (Founder at Serenity Forge) commented on how no game developer or publisher really focuses on certain aspects of romantic relationships; saying how such relationships carry a lot of components and complexities. Yang also shared the premise of a new game from Serenity Forge called “Date Night Bowling” — due in spring of 2021 — in which a video game couple go out to a bowling alley and are challenged to find romance while having fun. The game encourages interactions which are, as Yang put it, cute, funny, and even awkward.

Toward the end of the panel, Howard posed a question regarding what can be done to change the mechanics and narratives of romantic relationships in games. Velez suggested that games could point out in-game that relationships like between a teacher and a student are not something in which to participate; Howard backed this up, again citing such relations in “Persona 5”.

On the whole, I think this is an important topic which needs more involvement and change. We treat romance and sex in video games as rewards for a power fantasy to the average, usually male, gamer and it sews a seed which grows into toxic and unrealistic expectations. The panelists address this well, and I recommend catching their discussion from the 50min, 48sec mark to the 1hr, 48min, 31sec mark in the YouTube video for PAX Online Day 3 – Stream 3.