Am I Ready For Cosplay?

Sew What? Project Planning Tips and Advice From Cosplayer Panelists! 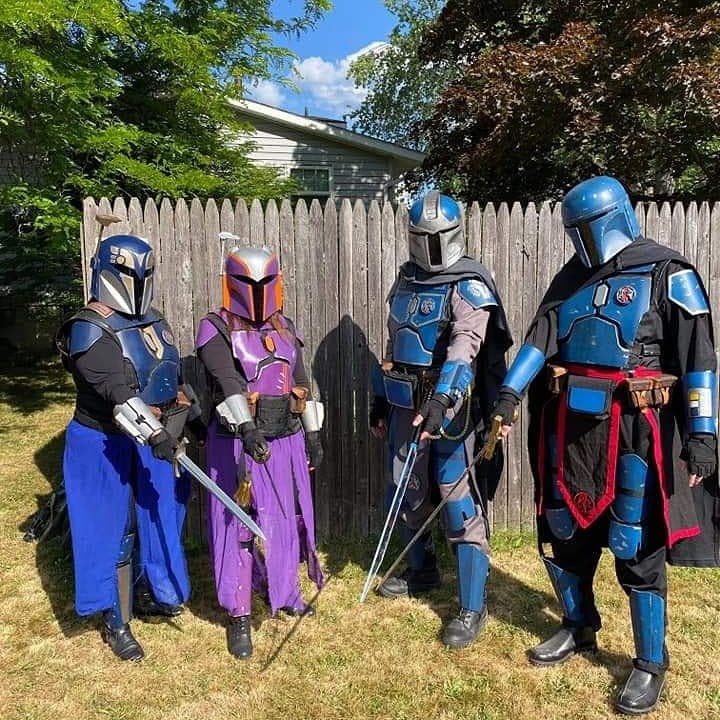 You are going to your very first comic con.  You walk through the doors – Costumes everywhere. You walk along the booths and suddenly you see a great display, Han Solo in Carbonite. The amazing brains behind this display – Imperial Outlanders.

Imperial Outlanders is a Star Wars costume club based out of the United Kingdom.  They got their start in England around five years ago by Alea Holland, aka Ace Cosplay of YouTube fame. Ever since then the group has expanded worldwide.  There are now over 2000 members in 13 different squads in multiple countries.  The United States currently has seven squads from coast to coast. 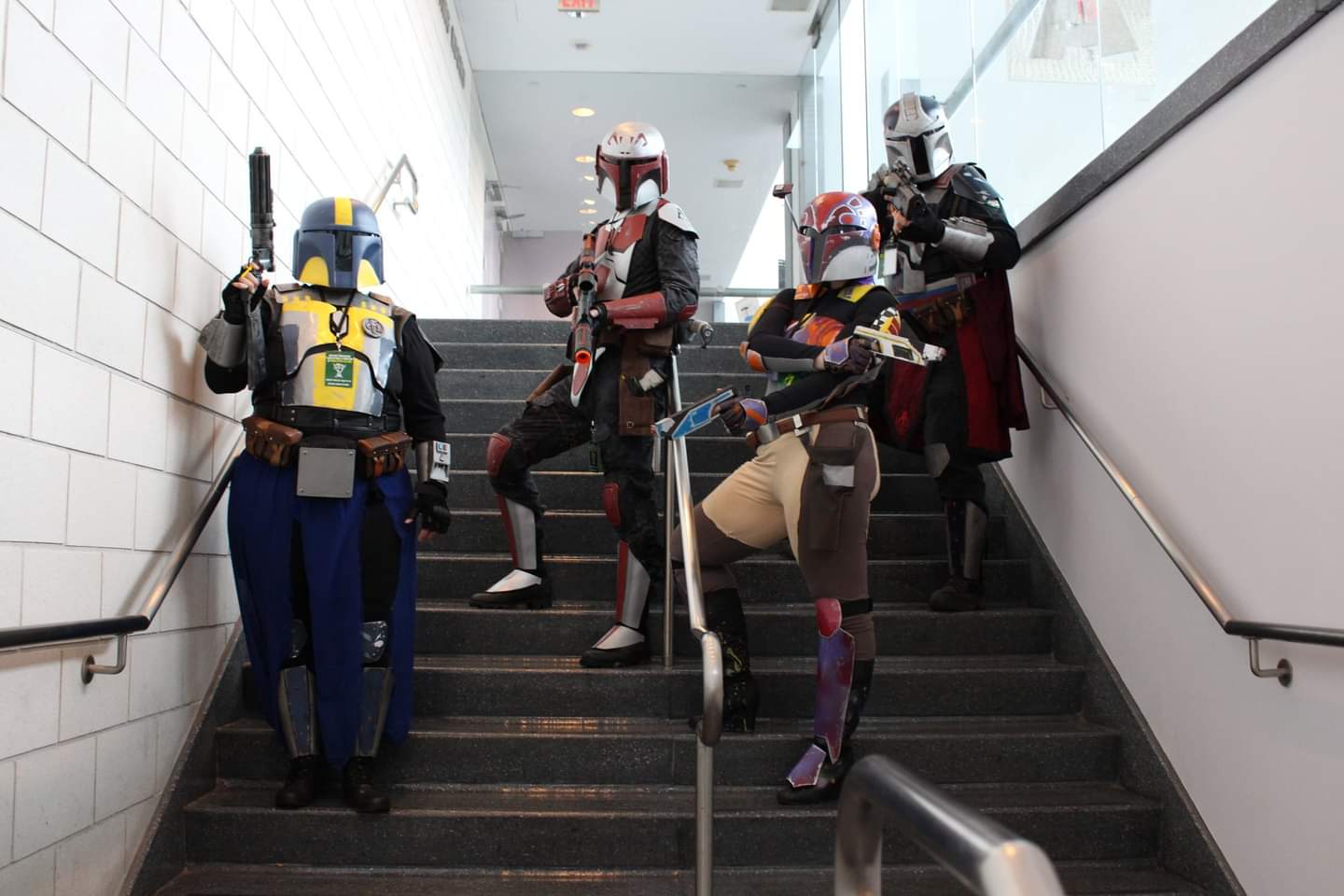 I recently sat down with James Cheeseman, squad leader of the Imperial Outlanders’ Emerald Empire Detachment out of New York, to discuss the organization and cosplaying as a whole.  James mentioned they form a team because it is a fan club first. There’s no pressure when you “build together” you “have fun together.”  He mentioned how they are a nonprofit that “promotes creativity and originality.”  Other organizations put accuracy at the front of their rules. James loves Imperial Outlanders because it is different from the rest. 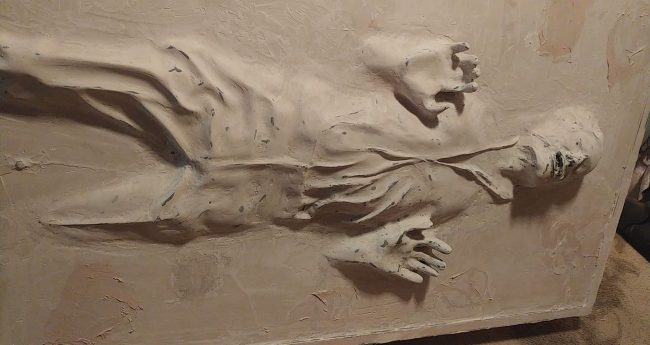 Imperial Outlanders has also been impacted by Covid-19.  As most of the world shut down, Comic Cons had to re-evaluate how they ran their events.  For a cosplayer, comic con is a place to show off your hard work, a place to network, and a place to show your love for something with like minds.  The closing of Cons closed that window.  James’ Emerald Empire Detachment usually has 20-25 “troops” or events a year to show off their hard work and bring smiles to people’s faces.  This year with Covid-19, the Emerald Empire Detachment has seen their number of troops shrink to two troops. James mentioned that the lack of ability to show off their work has left them “More-so disappointed we can’t showcase our hobby, which for any cosplayer would seem discouraging”.

However, it hasn’t completely hindered their progress.  They have been working on new props and displays including the iconic Han Solo in Carbonite. The biggest hope for 2021 is for the pandemic to end and everyone to be able to join together and troop again as a team.  One of his most memorable troops happened because it was impromptu because of the pandemic.  He and his wife trooped together to a castle in New York, in full gear, bringing some joy into the darkness left by Covid-19. Imagine if that had been with the full troop?  Biggest plan for 2021 and the end of the pandemic – trooping with friends. 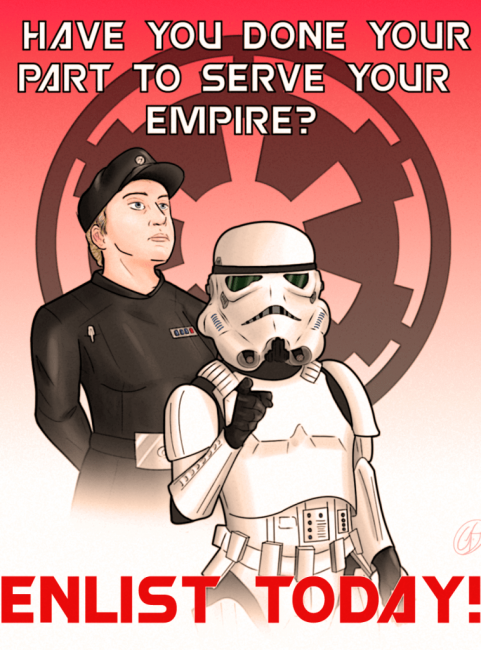 Have a group of friends that would like to Cosplay with you? James mentioned that costume building parties are a great way for fans to come together.  Also, Imperial Outlanders would love to grow their community of squads.  You can join on their website for free.  Yes, no membership fee. Just Star Wars loving fun!  Good news for those in Texas, The Lone Star Detachment is open for recruits! Are you in Puerto Rico? A brand new squadron has been created and is ready for you to join!

James’ favorite thing about being a team leader is the pride in knowing that you’re helping others’ dreams come true.  If this interests you, create your own squad.  Speaking of dreams: the goal of any group is growth.  For 2021 James said they hope to grow Imperial Outlanders in members as well as squads. Can you help? “Ultimately we can only hope that our love of Star Wars and costuming will inspire others to pursue their passion.”

Want to see more of what Imperial Outlanders has to offer?  Follow them on Instagram at @the.random.mandalorian and @imperialoutlanders.NY and their website to see more of their amazing costumes and stay up to date on their troop.