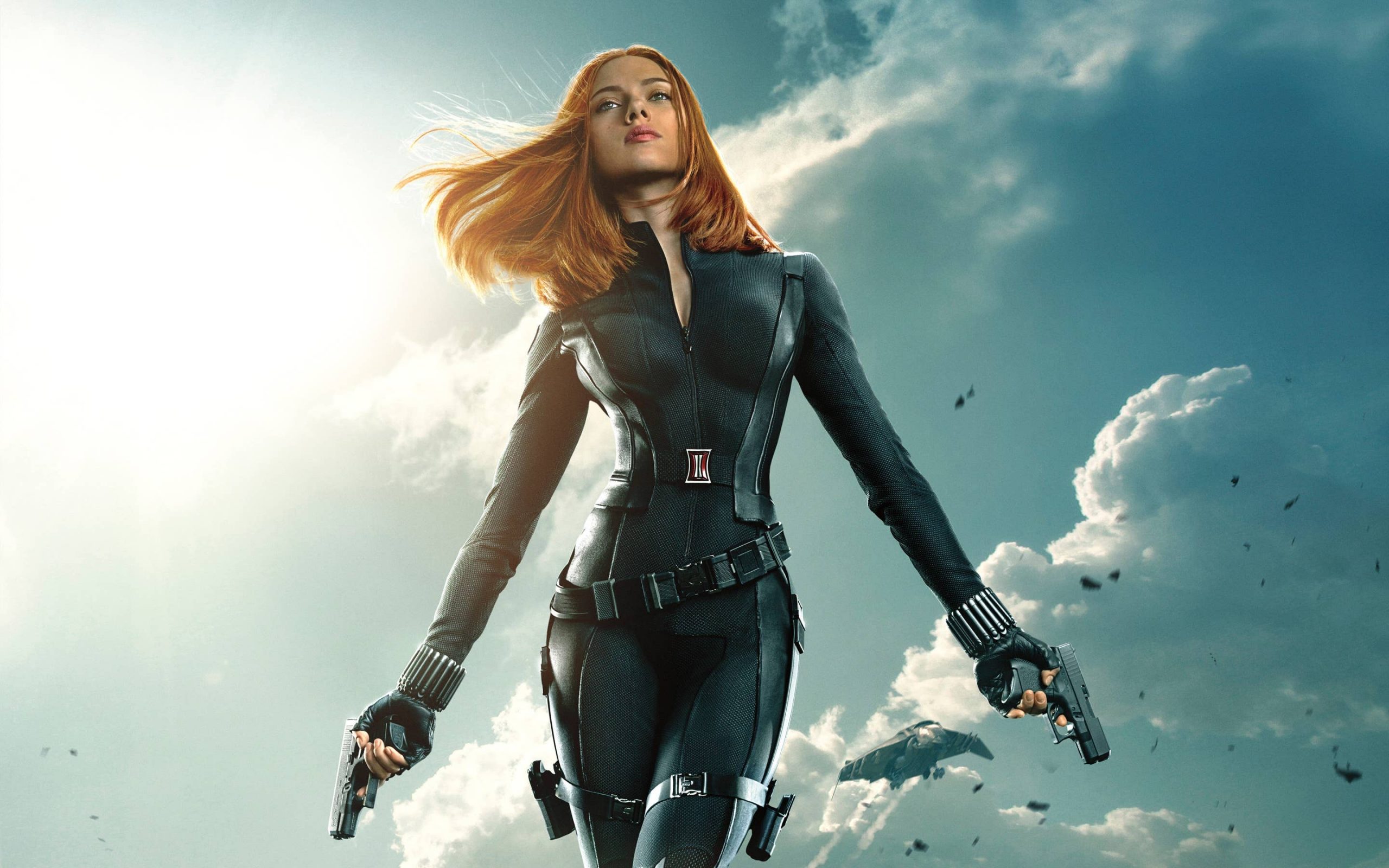 With Black Widow dying in Endgame and a movie about her backstory coming out, who will be the next female role model for this new generation? Well, hold on to your infinity stones, because here are three women that this new generation of superheroes will get to look up to, to see them as we women saw ourselves in our favorite Russian spy.

1). Captain Marvel: Listen, you knew this one was coming. Captain Marvel is considered one of the most powerful avengers, the most powerful in the comics. She is a smart, determined woman, with the heart of gold, and the fists that literally punched her way through three ships (and those were only the ones we saw). She doesn’t take no for an answer, but she doesn’t abuse her power either. When Thanos head-butted her, she didn’t even flinch. He had to use an infinity stone to get her off. Look at the titan’s face the next time you watch that movie. You can see his fear. 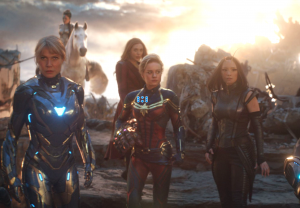 She finds the good in people (and aliens) no matter what. Her movie was a demonstration of how women can be strong, stubborn, a force to be reckoned with, while also being kind, protective, considerate. She showed us that women’s protective instincts go far beyond just our family. Look out. Mama bear is coming, and she shows no mercy.

Carol Danvers illustrated that when a woman is strong, she is oppressed, and that when she finally breaks free, fights back, she doesn’t have to justify herself and her strengths. Just like Carol said, after she shot her once superior with her power and sent him flying into a rock, “I have nothing to prove to you.”

You definitely cheered during that part, or at least got chills, or smiled. Don’t lie. It was an amazing moment, one of my favorites scenes from any movie. Little girls came running out of the theatre, heads held high because they had nothing to prove, that they never did. It was our Captain Marvel that taught us that.

2). Scarlet Witch: After losing her parents, going through brutal Hydra experiments and losing her brother the day she chose to fight for the avengers is already a running start to a strong female role model. She’s the last of her family. 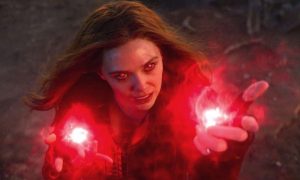 Wanda was able to not only destroy an infinity stone, but also hold Thanos back while she was doing it, while always placing her emotions aside to sacrifice her lover. This already broken woman had to destroy the one being she found peace in, a being she loved with all her heart. She had to kill him. Once she started, she didn’t hesitate. Her power was strong enough to hold back Thanos, who already had FIVE infinity stones at the time while she destroyed the last one.

If that’s not a demonstration of strength, I don’t know what is.

Scarlet witch is also getting her own show on Disney Plus, called WandaVison, which is another huge reason why she will be one of the female role models to look up to. Wanda showed us that no matter how much someone goes through, no matter how many times life knocks them down, they always have a choice. She could have easily become a villain any time, after her brother, after Vision, but she didn’t. After Ultron, she never considered it.

Wanda taught us how someone can walk through hell and still fight, still be strong, still have enough power to almost kill a titan. She would have killed Thanos in Endgame, if he hadn’t demanded that his ship fire at the ground.

He was afraid of her. 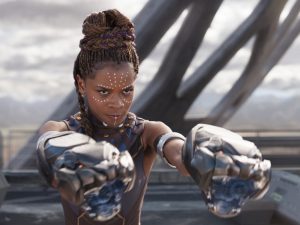 3). Shuri: This quirky, whip smart, Wakanda princess is definitely one of the top female role models for the next generation of heroes. She is already a huge role model now, and with more Marvel movies coming out, she’s ought to appear somehow and she will. Shuri is strong, funny and incredibly smart. A huge reason why she’s a role model is because she is unapologetically smart. She’s not ashamed of her interests and talents because she’s a woman. Her mother and brother support her, see her as an equal.

In the comics she eventually becomes the Black Panther, which is a high possibility because of the tragic passing of Chadwick Boseman. Rest in peace, T’Challa. You made a difference I can’t even begin to thank you for.

And she’s a princess. Come on. What little girl doesn’t want to be a badass princess with futuristic technology and a mind smarter than Bruce Banner? When they meet and she scans Vision, she is confused with what they did with the infinity stone. When she asks why they didn’t reprogram the synapses to work collectively, Banner paused. He hadn’t even thought about it.

Shuri is not only a woman herself, but she is surrounded by an army of strong women. Okoye is her head general. Nakia is her head spy. The royal guards are all women.

Shuri became the head of Wakanda’s science when she was 16 years old, which is more than I will ever do(for now). She’s young, with a huge future ahead of her. Since she’s young, technically a Gen-Z, she has a lot of the same humor that the younger generation has, which is another huge reason why she will be looked up to, even more than she already is. She has a strong bond with her brother, also demonstrating the power of sibling love. T-Challa threw himself into battle with his cousin to save his younger sister. 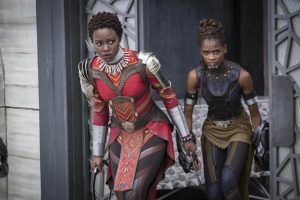 Shuri isn’t ashamed of her quirkiness, her humor, her intelligence. With her technology that could easily rival Iron Man’s, without his ego on the line, Shuri is a huge role model for this new generation of heroes. She teaches us to be who you are, completely unapologetically.

There are so many strong women in the Marvel universe, and there are so many more to come. Gamora and Nebula showed us that family isn’t determined by blood, that even after years of fighting a rivalry, siblings are stronger together. Valkyrie showed us that a woman doesn’t need to be prim and proper to get the job done. She’s the new queen of Asgard. Agent Maria Hill has no powers, but is whip smart and could beat anyone in combat anyday. Not only that, but the actress is an Ovarian Cancer survivor, inspiring women to continue to fight every damn day.

Because even after all the hell we go through for being women, we’re strong. These amazing role models only give a glimpse of the power of women and a taste of the power inspired in the new generation of heroes.

Make sure to check out the Geek News Now Facebook page for more geeky stories!