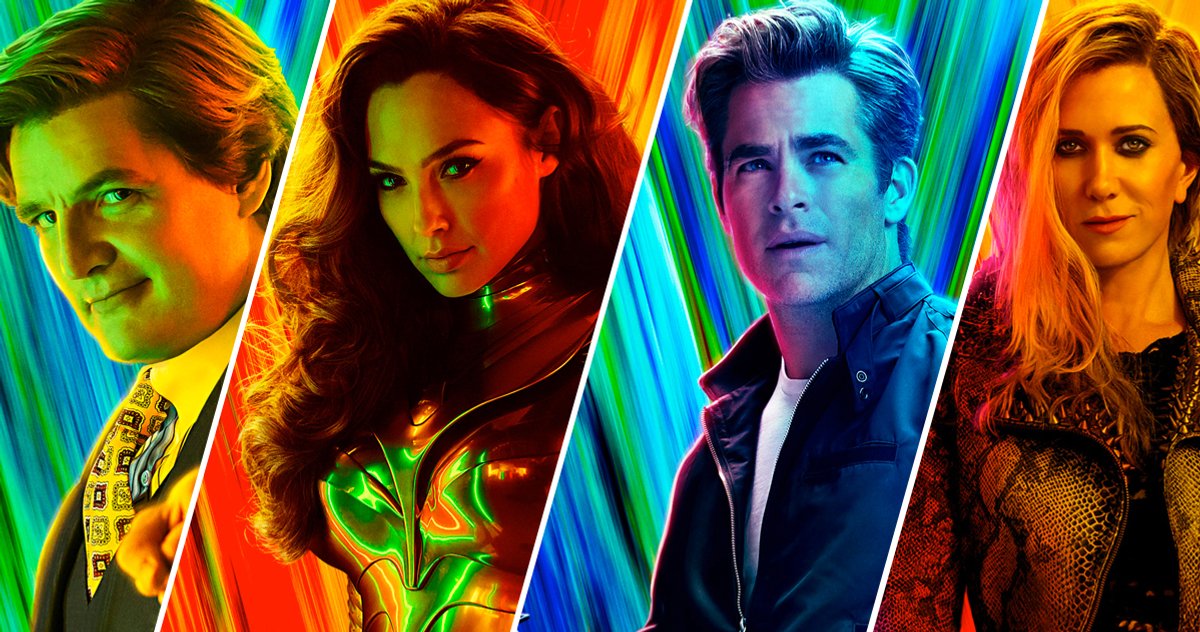 As swiftly as Wonder Woman delivers a crushing blow to her adversaries, the news of Wonder Woman 1984’s Christmas Day release hit some movie lovers right in the feels and the announcement came with very mixed emotions online.

After three rescheduled release dates (June, August, and October), the long anticipated sequel to Wonder Woman will not only be release in US theaters on Christmas Day, but it will also stream on Warner Media’s HBO Max for no additional charge.

That’s right. For one month, those who subscribe or want to subscribe to HBOMax, will have the option of watching it on their couches until January 25, 2021.

Once the 31 days has ended, the movie will head to a traditional movie release schedule continuing in theaters and paid VOD for those who don’t subscribe to HBO Max.

Outside the US where HBO Max is not available, a scheduled full theatrical releases starts December 16th, in order to help to decrease the chance of piracy. (Good luck.)

The addition of the movie to HBO Max is very welcome… for those who can get it. But for those who have Roku or have been using a workaround, you’re either going to have to keep working around or not get HBO Max right now, as the mother ship AT&T and Warner Media have not worked out a deal with Roku as of yet.

This should make the powers-that-be at AT&T and Warner Media very nervous, as AT&T has billions in debts that will come due in the next couple of years.

After the 2018 deal to purchase Time Warner for $100 billion, AT&T has a lot riding on making strong financial decisions and no room for error. Striking a deal with Roku and their 46 million households would go a long way in revenue generation, but there’s no guarantee on a holiday deal in time for WW84’s release.

HBO Max did reach a deal with Amazon Fire last week, which boasts 40 million households in the US, no doubt giving some relief to corporate executives as well as the news in October that they’d increased their subscribers by 8.6 million. This brings their total to just under 40 million, but approximately half of what Disney+ has.

Roku already had agreements with Apple, Google, and other smart TV providers.

According to Deadline.com, whispers of a HBO Max and Roku deal have sent Roku stocks up by 10% November 19th and as of
November 23rd, the streaming service AMC+ Network has partnered with Roku.

Why has the surprise move of theatrical AND streaming release caused issues, and why WW84 is caught in the crossfire?

With COVID cases reaching all time highs and the (US) Center for Disease Control (CDC) telling people to stay home and avoid large gatherings, the news of WW84’s straight to HBO Max streaming service didn’t come as a total surprise to many.

Talks of a hybrid release weekend, even for blockbusters, had been a discussion of movie executives well before the pandemic. The idea of tapping into two different demographics for opening weekend could theoretically increase box-office views and numbers. Those who could go to the cinema for the full experiences would and those who had financial limitations or find it too difficult to manage children in theaters could simply stay at home. (Plus the bathroom lines are shorter.)

Not only could this pull in more families who may not watch the movie at all or wait months before seeing it on streaming services or Red Box it, but it could also give the parents a chance to watch the kids’ films with the kids at home, but still go to the movies when it was a more mature film.

Then came along the pandemic, changing rules, the release dates, and filming schedules as well as movie distribution possibilities. Streaming wasn’t just a possibility; it might become a necessity.

Three release delays for WW84 (June, August, October) caused by the pandemic caused even the most devoted fans to become restless for the next installment of the franchise. This has made it the perfect guinea pig to test the first simultaneous launch across both theaters and streaming. It could become the staple success by which other movies are measured, or the sacrificial lamb for what studios should never attempt.

Why isn’t it so cut-and-dry? A certain recent failure in a streaming release for a highly-anticipated blockbuster is doubtless fresh on AT&T executive minds. 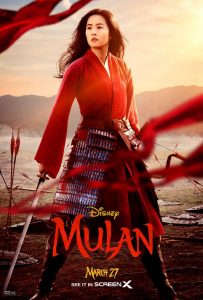 Mulan was highly anticipated as one of the best live-action remakes that has become Disney’s latest theme. Disney+ faced similar release delays but eventually released the film… at an additional $30 charge to current Disney+ subscribers. This proved to be a kick in the face of faithful subscribers to the streaming service and brought about a TON of complaints.

Despite all that, according to Forbes, the Disney subscriber numbers increased over 60% in March and Disney has continued to make money on their Netflix-challenger.

Taking notes from the handling of Mulan, the Marvel wing of Disney pushed their entire Phase 4 back into 2021, making 2020 the first year in eleven years NO Marvel movie was released.

Something to note, no Marvel release for the year could easily increase the rabid demand and anticipation of ANYTHING Marvel.

The first project of the Marvel Phase 4, WandaVision is scheduled for January 15th, 2021 release and has already shown to be a fan pleaser. With plenty of classic TV references and tons of familiar faces, it’s bridging the storylines from post Endgame into the next adventures of the characters we’ve grown to love. 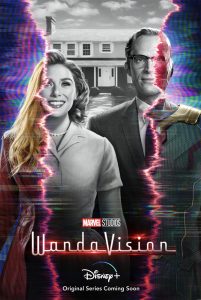 For Warner Media, the safest choice for a theater-only release would be to wait until next summer, when the possibility of a COVID19 vaccine would come into play and infection rates would fall.

This movie in particular cost $200 million to make and on shelves doesn’t generate income so a decision was made. The joint-release comes despite director Patty Jenkins making it more than clear at DC Online Fandome’s event in August 2020 that she wanted the movie released in the theaters first because the “fans deserved the entire cinematic experience”.

The studio executives want to present this as a “pleasing everyone” approach, as shown by the press release from Jason Kilar, CEO of Warner Media on the 18th:

Today we announced that Wonder Woman 1984, the eagerly anticipated tentpole film by Patty Jenkins — with Gal Gadot and Chris Pine reprising their roles as Diana Prince and Steve Trevor — is going to be released worldwide in theaters on December 25th. In the United States, we will also be making this remarkable movie available on HBO Max at no extra cost the same day that Wonder Woman 1984 premieres in theaters, for the first month of the film’s release.

For a movie of this scale, this is unprecedented. Given that, we wanted to share some context.

There are many things that factor into a decision like this:

We are, of course, in an extraordinary moment. This entails a patchwork of regulations, geographic considerations and, most importantly, fan preferences. With that in mind, we see an opportunity to do something firmly focused on the fans: give them the power to choose between going to their local cinema or opening on HBO Max. Super-fans will likely choose both. This incredible movie will be available both ways on the exact same day. If you are fortunate to live in a place where theaters are open, we believe we are offering a great option given the Cinema Safe protocols our partners have put in place. With this, exhibitors are offering a movie-going experience with social distancing, masks, cleaning and ventilation protocols. On the other hand, if you and your family prefer to stay in and make your own popcorn this holiday, we want to share the experience of Wonder Woman 1984 with you the exact same day on HBO Max. It’s your decision to make.

AT&T and Warner Media is banking a lot on this streaming success, as well as the theatrical success (at least, as much of a success as there can be in the pandemic). But mix-ups online leave too many, including myself, frustrated and forced to use workarounds… if we can even be bothered with that.

Jason Kilar and Warner Media want you to be able to see your movie, in your choice way, they say. It’s your decision to make.

So why do they keep changing the service? HBO Max replaced HBO Now, which replaced HBO Go; previous subscribers are often confused whether they’ve been moved to the right service or not.

What’s holding them back from a deal with Roku? We are one month from the release and there’s nothing more than rumors and whispers for 46 million households who have Roku devices.

Let’s be clear about one thing: This move is to maintain the theatrical release promises (appealing to theater enthusiasts like Jenkins) while also using this as a tentpole not just for Warner Media, but for all of HBO Max. They want to maximize revenue entirely, not just for this release, but for years to come; a WW84 streaming success would mean a steady revenue month over month, preparing for the debt calls in the coming years.

But they may be caught up in how much to spend (or not spend) on Roku, and they’re trying to juggle a public view that they support theaters, despite the director’s call for delaying streaming releases for even just a few days.

Have you made your decision? Will you be watching in theaters, or do you have a Fire device you can watch on?

And while we wait for them to decide, enjoy the third and final trailer for Wonder Woman 1984.