This Is The Way! Hasbro Offers New Black Series Replica From "The Mandalorian"! 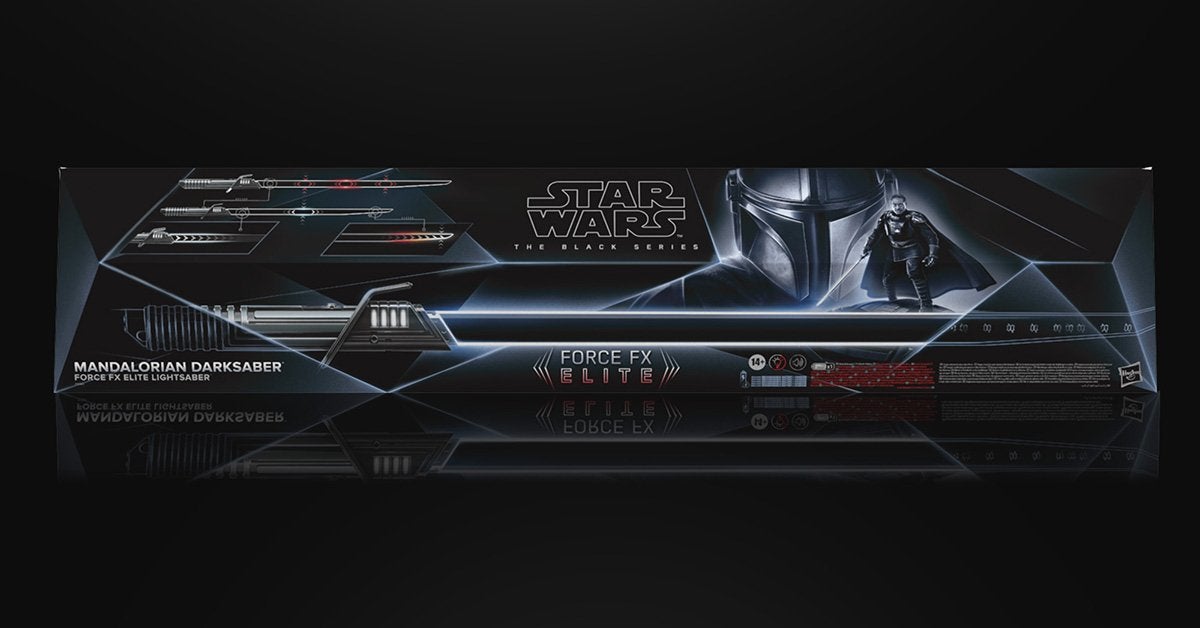 This weapon has made its way from hand to hand in recent Star Wars history; now is your chance to own your own replica of the Darksaber! Produced by Hasbro’s Black Series of Star Wars merchandise, this Force FX Elite replica recreates the legendary weapon seen in hit Disney+ series The Mandalorian (2019-present) wielded by the villainous Moff Gideon. 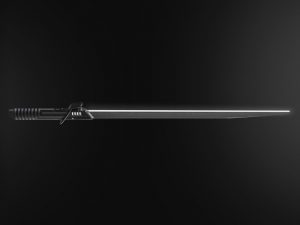 The Darksaber in all its glory! Picture credit to bigbadtoystore.com

Heralded as “the most realistic Force FX Lightsaber yet”, the Darksaber has progressive ignition, a molten tip effect, a light-up hilt, and the Force FX Elite Lightsaber series’ first-ever white LED blade edge. Also, the replica includes a power-up/power-down feature, a motion sensor-controlled hum when idle, and makes the sounds of battle clashes!

Power for the Darksaber requires one rechargeable 3.7V 1500mAH LiPo battery, which is included in the package; as is a USB charging chord, a stand, a barrel plug, and a hex key tool.

The Darksaber is noted as the weapon which, as lightsabers go, is closely associated with the Mandalorians; having been made a long time ago (in a galaxy far, far away) by the first-ever Mandalorian inducted into the Jedi Order, where it was kept for many years until recovered and kept by the Mandalorians for a very long time and has since changed a few hands. 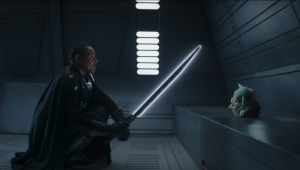 Pre-orders for the Force FX Darksaber will be live starting December 21st at 1pm PST / 4pm EST for $249.99. You will be able to find it here at Entertainment Earth and here on Amazon at that time (shopDisney’s listing is up as a third option and Best Buy as a fourth). You’ll also find previously announced Force FX lightsabers including the recently launched Ahsoka Tano model here at Entertainment Earth.

If I had the kind of money to spend on this thing, I’d get it and add it to my collection of lightsabers! It’s a *unique* lightsaber; come on! Get the Darksaber and unite the Mandalorians to my cause! Or… Maybe only in my wildest dreams; yeah, maybe only there.

But as stylish replica design goes, it looks amazing; though you certainly won’t want to clash the blade against anything!