Star Trek The Next Generation Movies: Did They “Engage”?

Rated High In XP! "The Gamers" Is Fantastic Fantasy Movie!

"Fanboys"! A "Star Wars Tale" Worthy of The Fans! 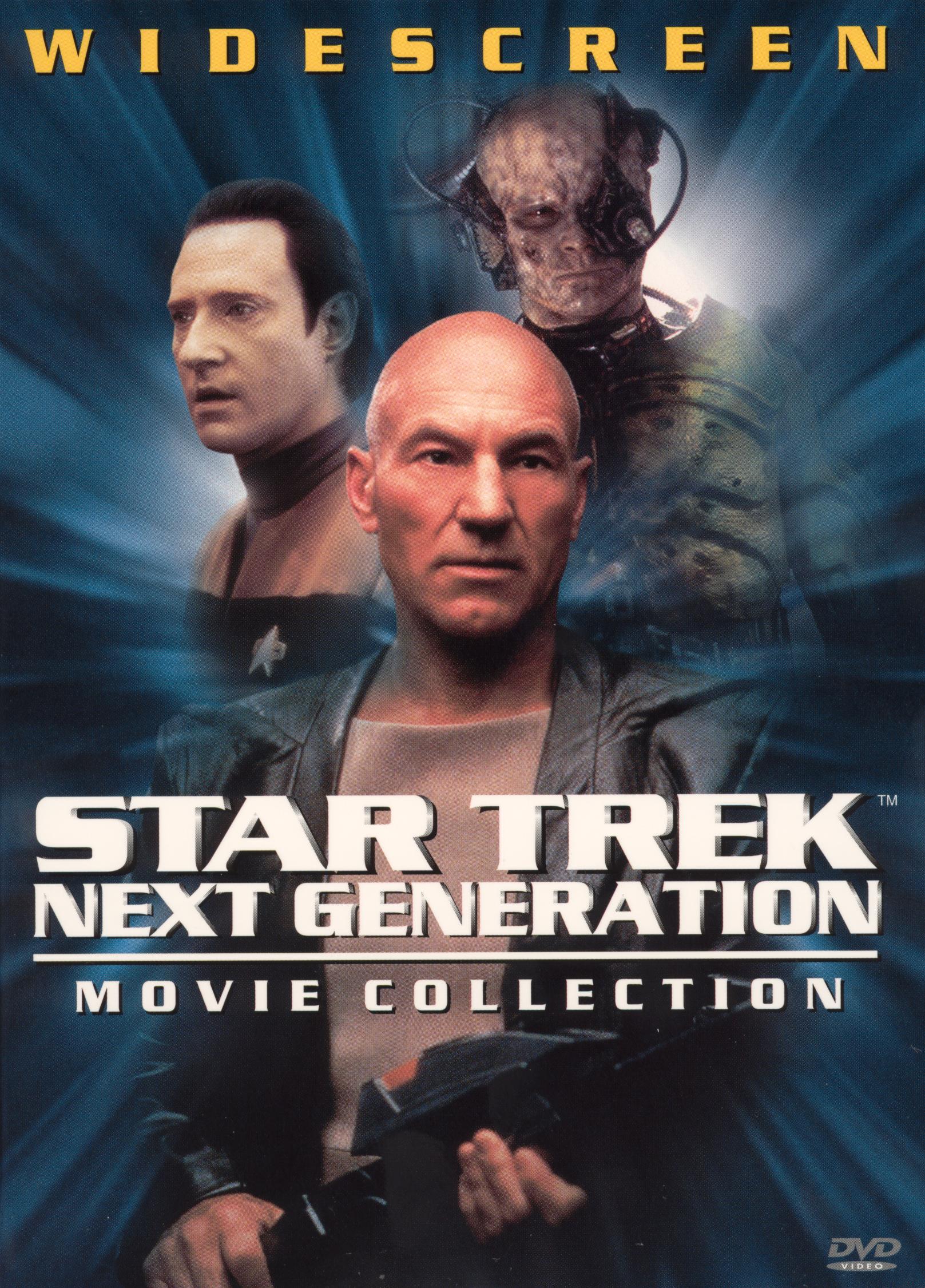 Arguably the most popular Star Trek series in the franchise, “The Next Generation” brought us into the 24th century with new technology, a new Enterprise, a new crew and captain, and showed us once again what the future could be. A fan-beloved award-winning television series which spawned four full-length movies that box offices found as disappointing as a holodeck date with Commander LaForge. Well, grab some tea, Earl Grey, hot, and join me as I look at what I believe to be a very underrated series of movies.

Star Trek: Generations (1994), Kirk and Picard in the kitchen. from Trektapestry.com

According to RottenTomatoes.com “Star Trek: Generations”, in spite of making $74.6 million at the box office, only scores as a 48% on the rotten rating. I believe the large box office take was due to an excitement between both old and new “Trekkies” being excited at the union of the two captains, and legendary actor Malcom McDowell as the villain Soren.

So what if the total time both Kirk and Picard appeared together was only 20 minutes of the film. We had an epic showdown between three legendary actors fighting to save the space-time continuum. We had a legendary sendoff to Captain James T. Kirk. We got to see DeForest Kelly, James Doohan, and Walter Koenig reprise their beloved characters, even if just for a moment. We got to see Alan Ruck go from Ferris Buehler’s best friend to the captain of the Enterprise-B.

This film showed us a familiar, heart-breaking, callback to the episode “Family” involving Picard’s nephew. We have our first callback to Data’s emotion chip, this time adding depth and scope to the prospect of Data with emotions. Here was a movie that truly spoke to several generations. 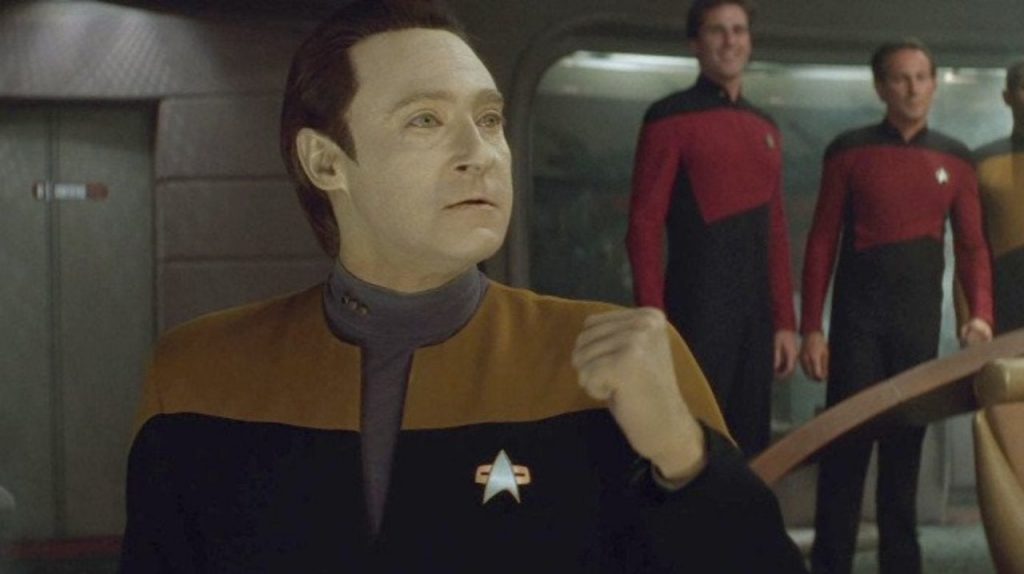 In 1996 we were all assimilated and saw that “resistance is futile” as we saw the return of the crew of the new Enterprise-E in “Star Trek: First Contact”. Now once again they faced the deadliest adversary to cross their paths, the Borg. Scoring a whopping 92% fresh rating on Rotten Tomatoes, with a box office take of $92 million, it seemed Paramount studios was on the right track with this beloved franchise.

“Star Trek: First Contact” reminded the fans of the infamous “Best of Both Worlds” two-part episode in 1990 that turned Captain Jean-luc Picard into “Locutus of Borg”. All at once our fears, anxiety, and dread of the Borg made this movie a borderline horror film. And let’s be honest, something about the Borg Queen made us all want to join the collective. This was Star Trek like it had never been done before. It was like the studio was telling the world, to quote Lt. Commader Worf, “Assimilate This!”. 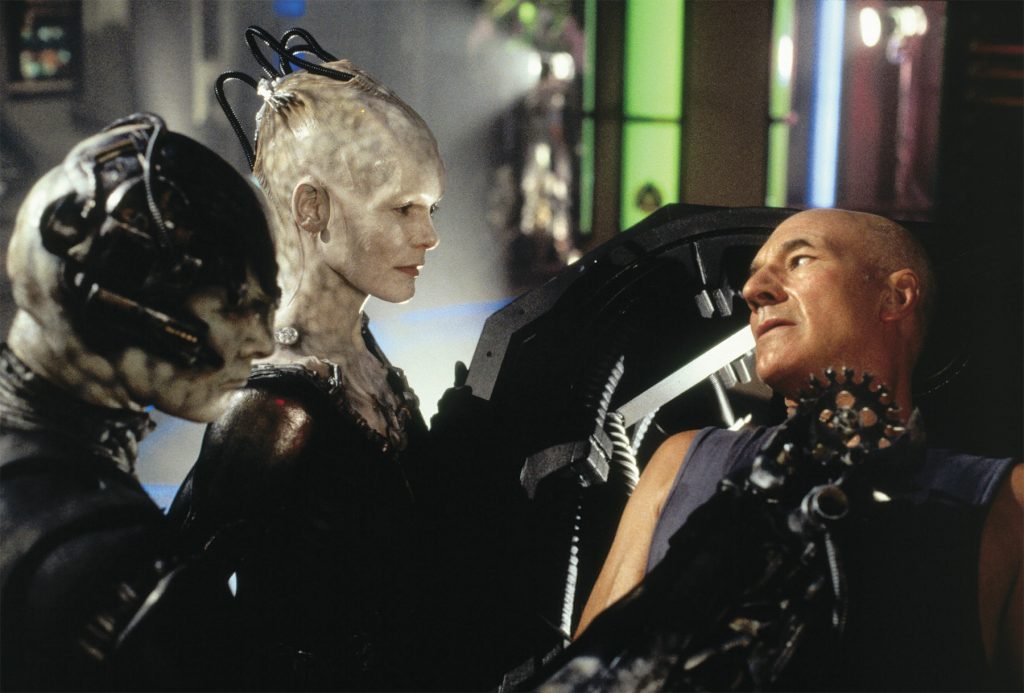 Mankind was once again reinvigorated with space and the final frontier as collective international efforts launched the first components of the International Space Station in 1998. This seemed as good a time as any for Paramount Pictures to once again grace us with another space epic, “Star Trek: Insurrection”. An all new story, with new alien races, new planets, and conflicts that made us question the gray lines of the Prime Directive.

While this was personally one of my favorite movies featuring “The Next Generation” cast, it was not well received at the box office. Bringing in $70.2 million dollars, it only scores a 54% fresh rating on Rotten Tomatoes. In my opinion this was a very strong film. We got introduced to new dangers, and forever answered the question of what it was like for a Klingon to relive puberty.

This was a Star Trek film that reminded us that there was more than just the Romulans, or Klingons, or the Neutral Zone. That there was still more out there we didn’t understand. A wonderful film with brilliant direction from Jonathan Frakes.

The final film to feature the crew of the Enterprise came in 2002 in the form of “Star Trek: Nemesis”. With the lowest box office payout of $67 Million, and a rotten score of 38%, even I would agree it was not the most graceful end to the adventures of the USS Enterprise 1701–E. However, let’s look at what was great about the film.

It opens with the long anticipated marriage of Riker and Troi. A magnificent wedding song by the incomparable Brent Spiner. The tease at seeing everyone naked at a Betazoid wedding. Then it is all down-hill from there, culminating in the clone of Captain Picard, becoming the Praetor Shinzon of Romulus, played by a young Tom Hardy. This dark, and grisly tale shows brutality, ruthlessness, and an aggressive villain the likes of which we have not seen before.

While the plot was complicated, and the action between characters was not as strong as we were used to, it did feature the most intense space battle in any of movies so far. It was also refreshing to go back to the dark side of what power can do, and see characters as dark as Shinzon and his Vice Roy, played by Ron Perlman, not to mention Shinzon’s violent and gruesome end, as well as giving a magnificent send-off of the beloved Data. A machine who aspires to be human, sacrifices himself to save everyone. Little did anyone suspect then, that we would see his legacy continue in the television series “Picard”. 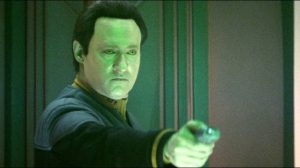 As we ever look to the stars and dream of new worlds and new civilizations we know that Star Trek will continue to live on in our hearts, and in the continuing successful franchises it inspires.  Comment down below what your favorite Star Trek movie moments were, and be sure to follow us on Facebook for more amazing Geek News Now. To quote Captain Picard from the final episode “All Good Things”: “Five card stud, nothing wild. And the sky’s the limit.”