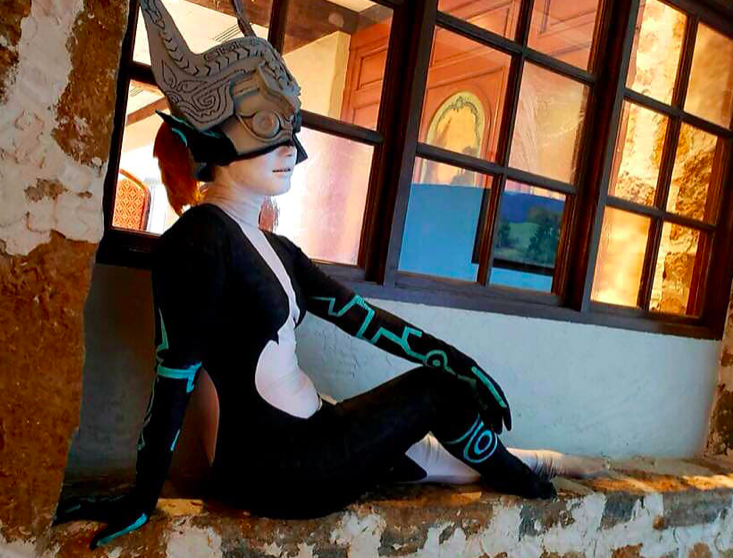 I met Summoner Nayra when I was ten years old, not at a cosplay convention or a comic con, but when she came to babysit.  I never expected that this wonderfully creative woman would grow to express her creativity in ways that I am only beginning to understand; through cosplay.

“My first time cosplaying was when I went to the Zelda Symphony of the Goddesses. I didn’t know cosplay existed at the time and thought it would be kinda cool and fun going dressed as Link, thinking I would be the only one with that idea. That’s where I first met my best friend who was also cosplaying Link as well. They’re the one I get to blame for getting me into this crazy world. We talk about revamping our Link cosplays, but it’s something we’ve yet to do because there are so many cosplays on our backlog,” Nayra said.

Link, however, was never her favorite character to cosplay, especially after she found a friend with an identical interest.

“My favorite character so far has definitely been Midna from Twilight Princess. Her character is just so different from me that it was super fun to take on her personality and break out of my comfort zone. For this cosplay I used a white bodysuit modified with fabric paint and Sharpie dye since I wasn’t comfortable showing a lot of skin at the time I made it. The headpiece was actually made from a yoga mat and Sculpey clay. It’s a surprisingly comfortable cosplay to wear despite not being able to see out of one of my eyes. So far she is my favorite cosplay and I’ve always tried to work her into my convention cosplans,” Nayra said. 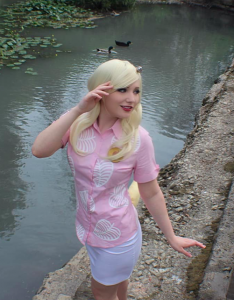 “There’s never been a convention where I haven’t cosplayed and I try to do photo shoots rather frequently so I cosplay a lot. I go to several Texas conventions and have been branching out to other states so I’m always at some con somewhere at least every other month. With COVID going on, it’s made everything a lot more difficult and I haven’t been able to cosplay as much this year. However it’s given me lots of time to come up with a plan for coming back full force in the new year,” Nayra said.

This past year brought less photos and many canceled events, yet Nayra pushes through, planning perfectly for the change to go again. As she explains, once someone starts it, cosplaying is quite a difficult thing to fully drop, much like my addiction to tiktok…

“I wish I’d known how addicting it was going to be! Honestly it’s just best to keep in mind that you’re going to be constantly learning and you’re going to ‘mess up’ a lot before you get to a level you’re super satisfied with. I’m not even there yet and I’ve been cosplaying for over eight years now,” Nayra said.

Even with wig tangles, costume rips, makeup fails and broken heels, The worst thing someone can do is give up. Cosplay isn’t something that is required to be ridiculously expensive. Many things can be bought on websites and store people already shop on.

I had always been a bit lost on where to buy certain products like wigs, costumes, shoes and props since I totally, all were expensive and it was difficult to find the exact item I envisioned. 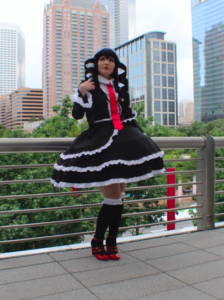 “Just keep at it, set a budget that you can stick to, and plan out what you’re going to do before you dive in. As far as where I get materials from, I like to hit up my local dollar store first because there are always things there that I can use. I’d definitely recommend Uniqso for colored contacts because my eyes are super sensitive and I’ve never had a problem with this brand. Arda is a super great place to find quality wigs and tutorials, but if you’re on a super tight budget, I’ve been able to find some good wigs on Amazon too,” Nayra said.

The amount of extra time that this last year has brought Nayra also expanded her list of characters she hopes to very soon bring to life.

“My cosplan backlog is insanely big, but they’re all characters that I’ve been able to relate to or aspire to be as epic and badass as. I’m currently working on Kagome from Inuyasha and Ravio from the Legend of Zelda: A Link Between Worlds, but I’m looking forward to making Hollow Knight’s Hornet, Aqua from Kingdom Hearts, and am determined to at some point take on the insane challenge of creating Simone from NieR: Automata,” Nayra said.

With all the characters Nayra hopes to bring to convention, Midna from Twilight Princess will always be her favorite.

“She is an amazingly powerful and beautiful character, and she is an absolute queen. I loved her character development in the game and she impacted me so much that will most definitely be making more cosplays of her in the future,” Nayra said.

In the new year comes new challenges, but with all the plans, experience and preparation, Nayra is ready for the next conversion call, whenever that may be and invites everyone who is interested and loves to cosplay to do the same.