The Sifl & Olly Show (1998-1999), a quiet little TV treasure on MTV2 from the late ’90s, was funny stuff and deserves a return to the public eye! It was odd, for sure; I mean it’s a bunch of sock puppet characters getting into shenanigans set in a talk-show scenario, but if you needed a simple laugh break from the world you could find it within The Sifl & Olly Show! 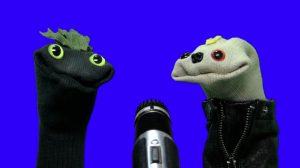 The co-hosts themselves; Sifl and Olly! Picture credit to verbicidemagazine.com

The series followed the goings-on of co-hosts Sifl (a black sock with big eyes) and Olly (a white sock with constantly changing “sweaters”) as they ran their half-hour shows: they interview characters like Death and a grocery scanner device, entertain “Calls from the Public” which are more sock-puppet characters calling in with often strange circumstances, share “Rock Facts” which are complete lies, and more. 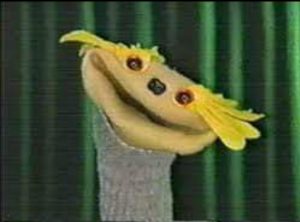 Chester! The adorable lil’ fellow with a constant smile! Picture credit to reddit.com

Often they would interview their sidekick/assistant, Chester; this character is the big reason I even watch the show! He’s an innocent little goof, a lover of cereal and dancing, who claims to be a “fabulous lover” and “a rebel”. He claims to be a bigger deal than his two pals are aware, but is often just a child-like juvenile who means no harm; except to throw eggs at fellow basketball players for no real reason. Chester is funny because of that juvenile-yet-innocent demeanor; you never know what he really has a clue about, but he’s full of confidence to show off. 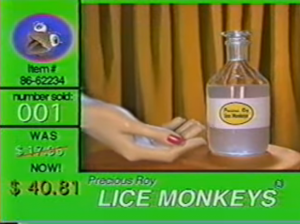 Precious Roy’s Home Shopping Network, conning boys and girls out of their money with his useless products! Picture credit to YouTube (via Athropos channel)

Another segment of the show, “Precious Roy’s Home Shopping Network”, is another source of comedy; somewhere between Olly’s fits of seller anger as he shows the products and then Precious Roy’s own non-sequiturs which made zero sense. The passion behind the words as Olly sells and Precious Roy closes out the segments helps make this funny! Whether it’s selling Edible Sandals, Sasquatch Feeders, or even a Bottomless Pool, you’ll chuckle at Olly’s craze and every time Precious Roy calls the viewers “suckers!”

The humor style was often adult in nature. It didn’t care about being taken seriously, just being silly. Where else can you see a sock puppet like Sifl fall in love with a carrot and sing about it? It sounds too weird to watch, but I swear it’s so not; it’s so awkwardly funny and good for an easy chuckle at the end of a long day or when things are getting too real. 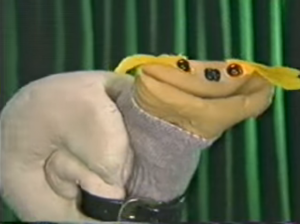 My absolute favorite bit from the show was more a series of bits having to do with Chester. First, I love the time where Sifl and Olly lost both their money *and* Chester while gambling in Las Vegas; the conversation between Chester and his two pals afterward is funny. Next, there’s the time Chester, dressed as a snail, revealed he worked at the pet shop cleaning tanks; he worked for free as an intern for, as he put it, “the big leagues!” Finally, there’s Chester’s exercise regimen which consists of chasing the ice cream truck until he catches it; only he doesn’t understand there’s ice cream in the vehicle and the news once shared with him blows his little mind! 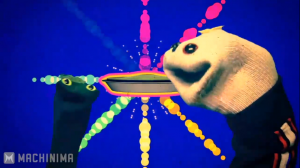 Sifl and Olly team up once more and it’ll be “easy as pie!” Picture credit to YouTube (via Kris Randazzo channel)

The Sifl & Olly Show is strange, but worth a try. It had sort-of a re-launch with the Sifl & Olly Video Game Reviews (2012-2014) limited run on YouTube. With fourteen brief episodes, the team returned to review fake games made up for the show; it was a good excuse to get the band back together again and do what they do well: be ridiculous! Ever since then, Sifl, Olly, and Chester have made appearances in co-creator Liam Lynch’s “Lynchland” podcast… and it’s about time the boys came back for more escapades and made things “crescent fresh” again!