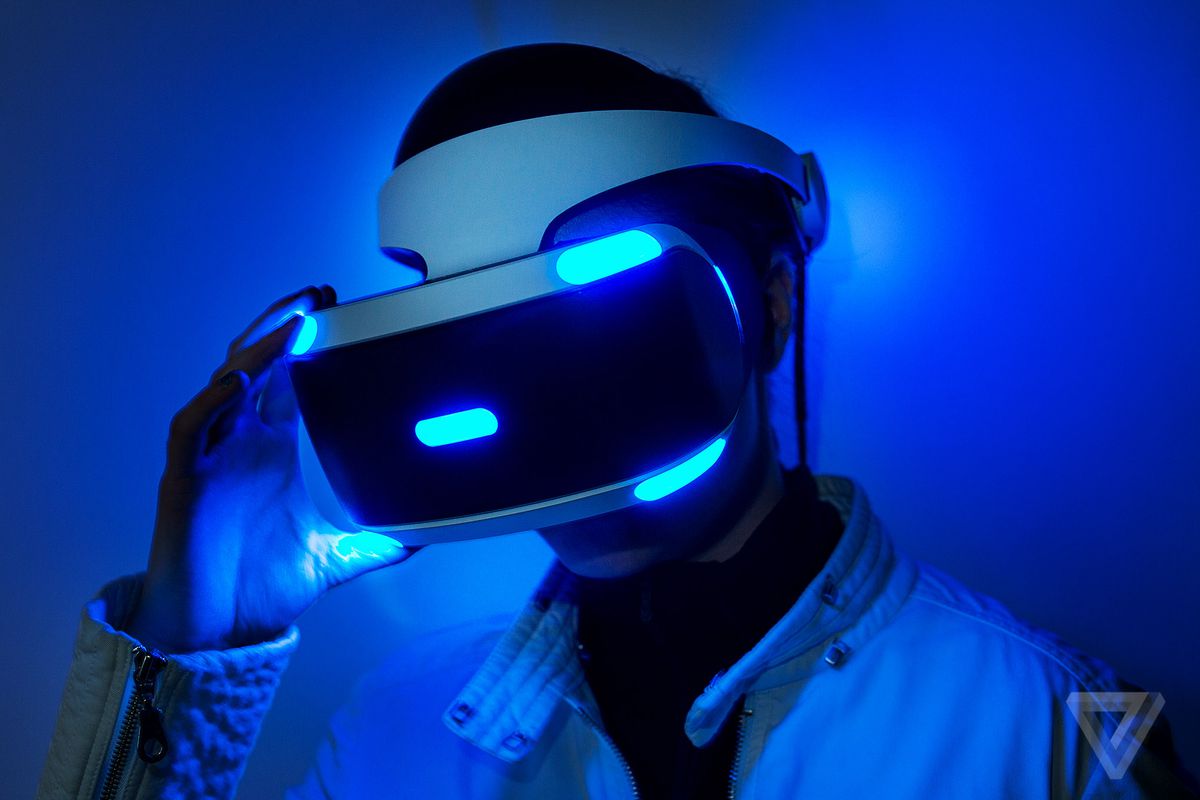 With the announcement last month of PSVR getting support for PS5 in the future, and this week’s reveal of the new controller(s) for it, perhaps you are thinking of checking out VR right now as it exists on PS4. Maybe you don’t want to wait until 2022 or 2023 for VR. If you are then I got great news for you, it is so much fun and there are plenty of games at this point in time that fully show off what PSVR can do! While we are still a bit off from the fantastical VR dreamland of Ready Player One and Sword Art Online, there are some awesome titles available that offer a peak of that fantasy come to life. Here is my list of the top 7 VR games on PS4 as of right now. 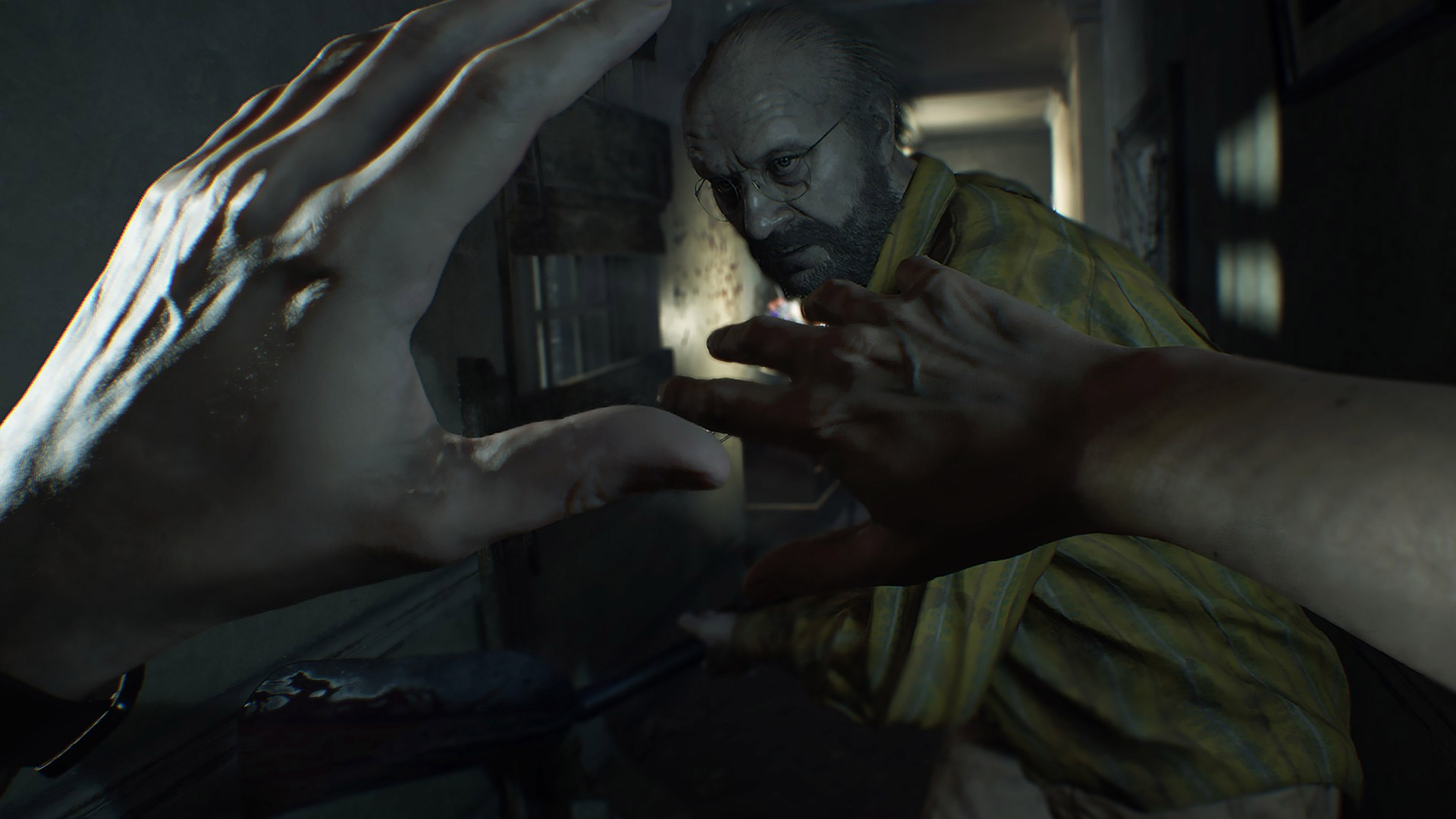 RE7 comes in at #5 on our list of must play games for PSVR! The game is terrifying as is without throwing in full VR immersion. What makes RE7 so special is that it is a full length Resident Evil game that is entirely playable from beginning to end in VR. Most VR games are short or repetitive experiences (many of the games on this list will fit into that description) but this is a complete 8+ hours experience that is so engaging and implements VR seamlessly. It helps that the game has a very minimalist HUD where your health is not a meter or bar but reflected by the amount of red/blood in your vision.

RE7‘s VR is pretty intuitive and user friendly as it requires a traditional PS4 controller rather than fumbling around with the Move wands. This makes aiming, navigation, and other in-game actions a smooth and familiar experience. I highly recommend this one for anyone who loves horror and wants to try VR without having to use any of the tricky peripherals. And even if you don’t end up liking it in VR, don’t fret, the game is completely playable without it! 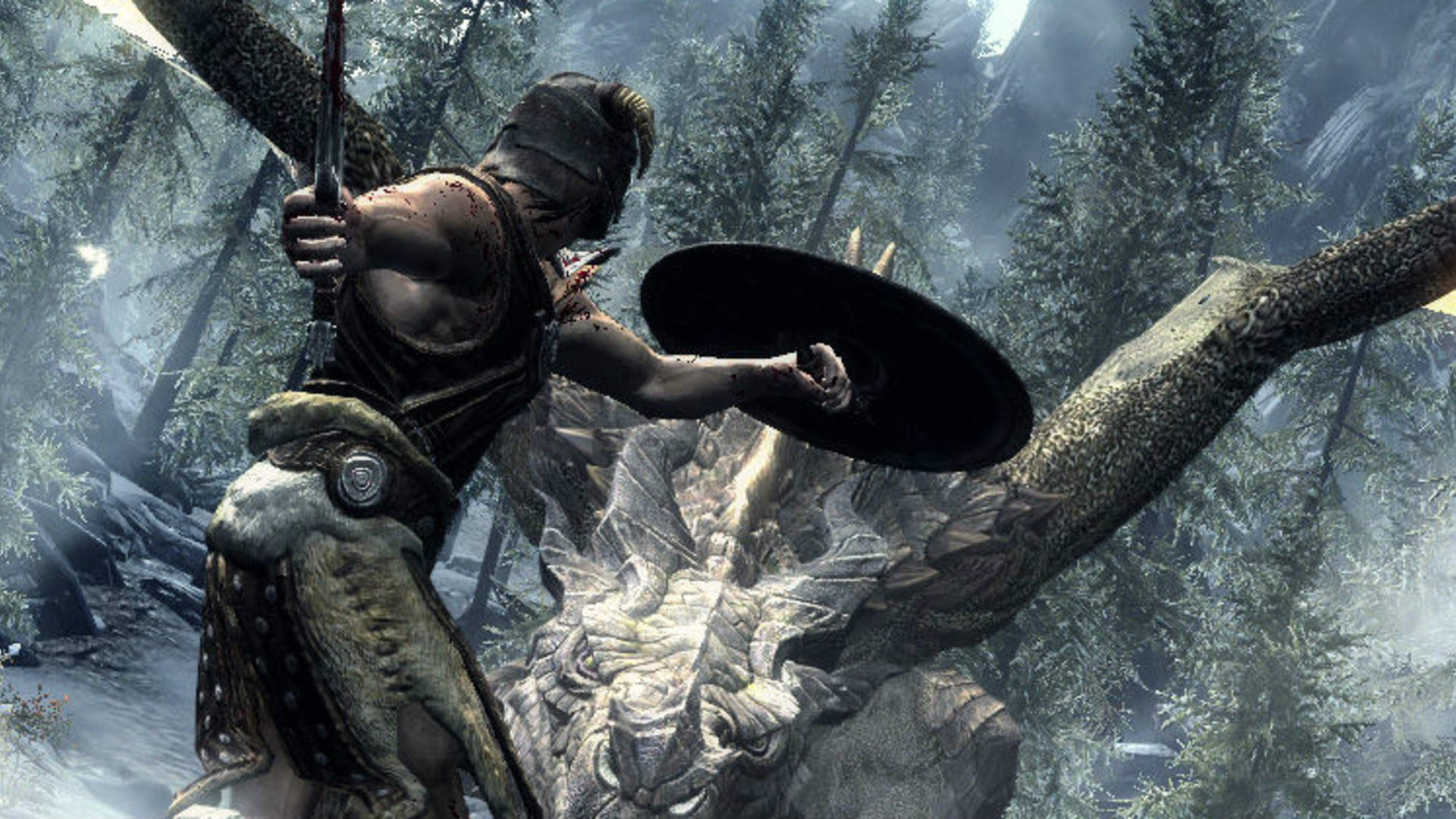 No VR game on this list will get you as much content or bang-for-your-buck as Skyrim VR. Have you ever wanted to be transported to a fantasy setting where you can fight with dual-swords or a bow and arrow? Maybe you want to incinerate enemies with one hand and electrocute with the other. That is entirely possible with Skyrim VR. The game is incredibly lengthy and you can easily lose yourself in it. Many have been the times I have started to play it around midday only to find it be night time upon removing the VR headset.

For complete immersion I suggest playing the game with two move wands and standing up because you will want to be able to move around a bit when you swing your greatsword or your dual axes. If you simply want to see the game in VR without moving around you can also just play with a regular dualshock 4 controller.

The game can be a bit dizzying, as it’s graphics have not aged well for being in VR, although if you play it on a PS4 Pro there is a patch that improves the graphics. The in-game navigation, with Move Wands, is a bit clunky. You can point at a spot and it will teleport you there, or you can point in any direction and press a button to gradually walk in that direction. That is probably my biggest complaint tied with menu navigation being cumbersome That said the combat is perfect in VR, arguably better than the default non-VR combat. Get this one if you have ever wanted to use lightning with your hands like a sith lord or wanted to roleplay as the Green Arrow in a medieval fantasy world. 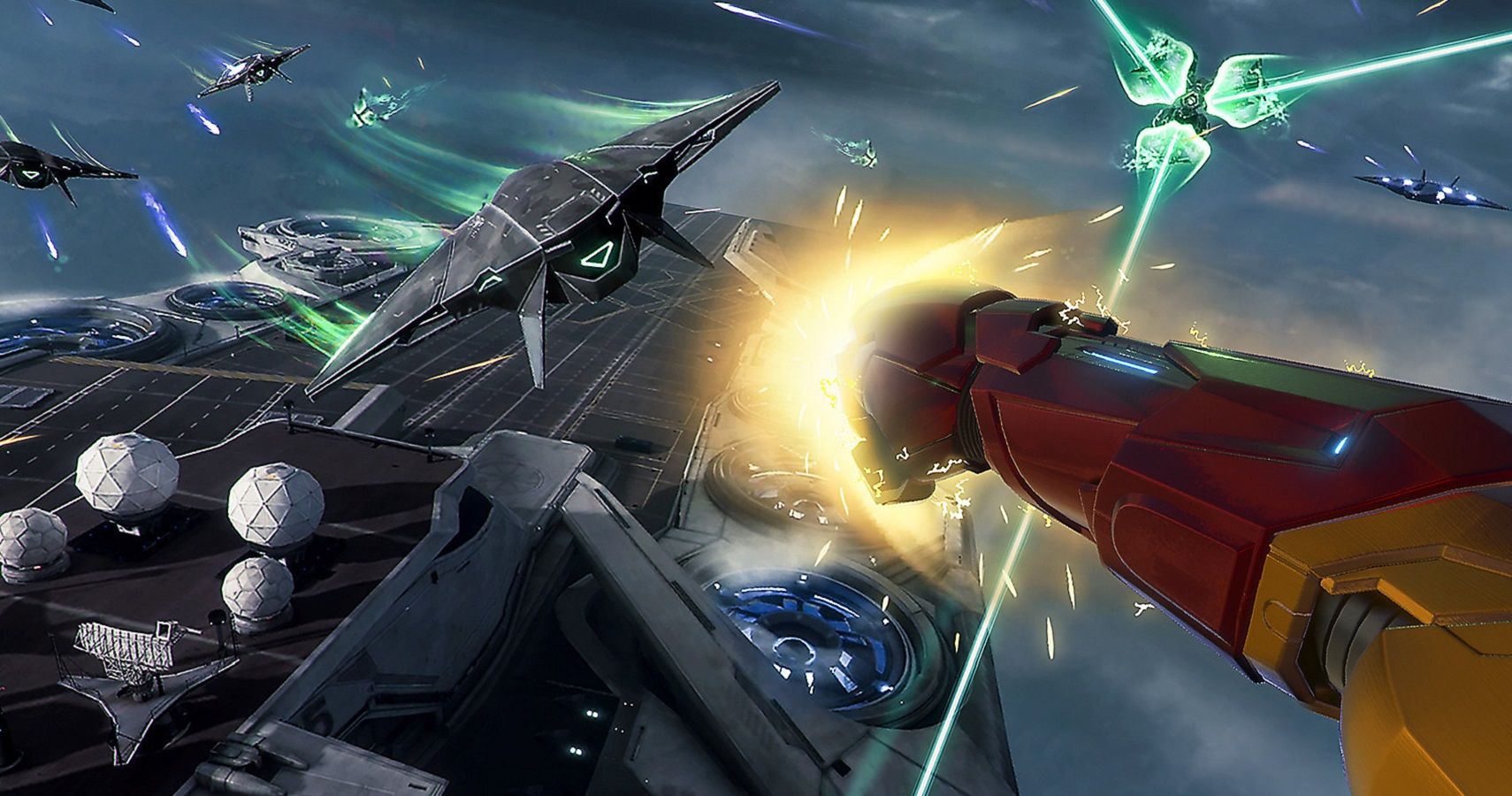 Iron Man VR is simply one of the best made games on PSVR, period. It was developed by Camouflaj studios. The in-game flight and movement is one of the best in any VR title. You move exactly how Iron Man would if it was in real life, that is to say that your hands are your boosters and wherever you point your palms is where you move away from. Point your palms behind you will accelerate you forward and vice-versa.

The in-game is HUD is perfect and fits with the whole Iron Man theme especially if you have seen any of the Iron Man films of the MCU. It takes a bit getting used to (there is a great tutorial level that helps you practice maneuvering and tricks), but once you get it down it feels natural and intuitive and it gave me the biggest grin when I played it. If you are not so sure about it you can try the demo available through the PSN store. The game is relatively short, about 3 to 5 hours depending on difficulty. This is definitely a showcase VR title that does a great job showing off VR tech. 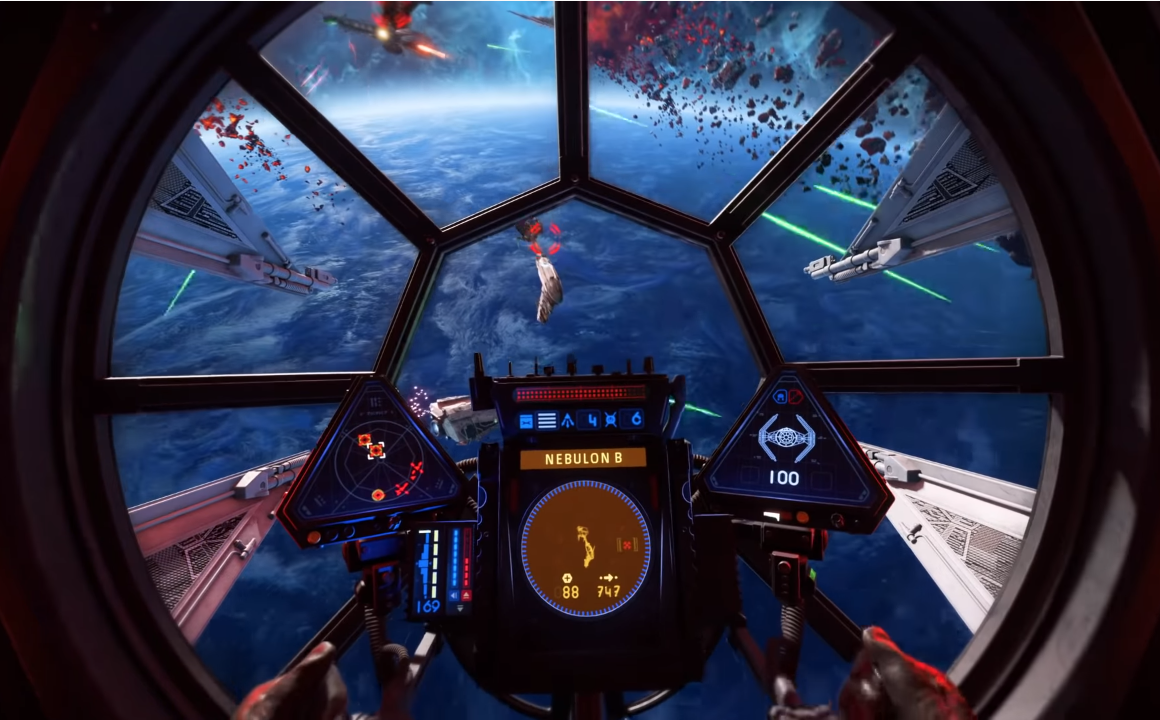 Star Wars Squadrons is in many ways the ideal VR game. It’s a cockpit flight sim so you can play it sitting down, the immersion is stronger, and the constant focus on the viewport/window reduces motion sickness, but most importantly it’s freakin’ Star Wars! Ever since I bought the PSVR back in 2017 the one things I wanted more than anything was either a Star Wars lightsaber game or a space battle game, and this one is a well made version of the latter.

The game has a three to five hour campaign that, on it’s own, is plenty of fun to play with a decent story to it. Where the game really shines though is it’s multiplayer mode. Online against other players through cross-play and against A.I. bots across a few different modes. There is a lot of ship customization in terms of weapon loadouts but also decals and paintjobs for your various ships. Squadrons is a visual feast. There are so many in-game dials, buttons, switches, and cockpit details that further allow you to slide into the immersion of it all.

Even for a space sim there is some variety in environments, especially in the campaign such as the upper atmosphere of Bespin and inside of an asteroid to name a couple. Squadrons is pure wish fulfilment for anyone who has ever wanted to pilot an X-Wing or a TIE fighter, and that is why it’s my second favorite PSVR title. 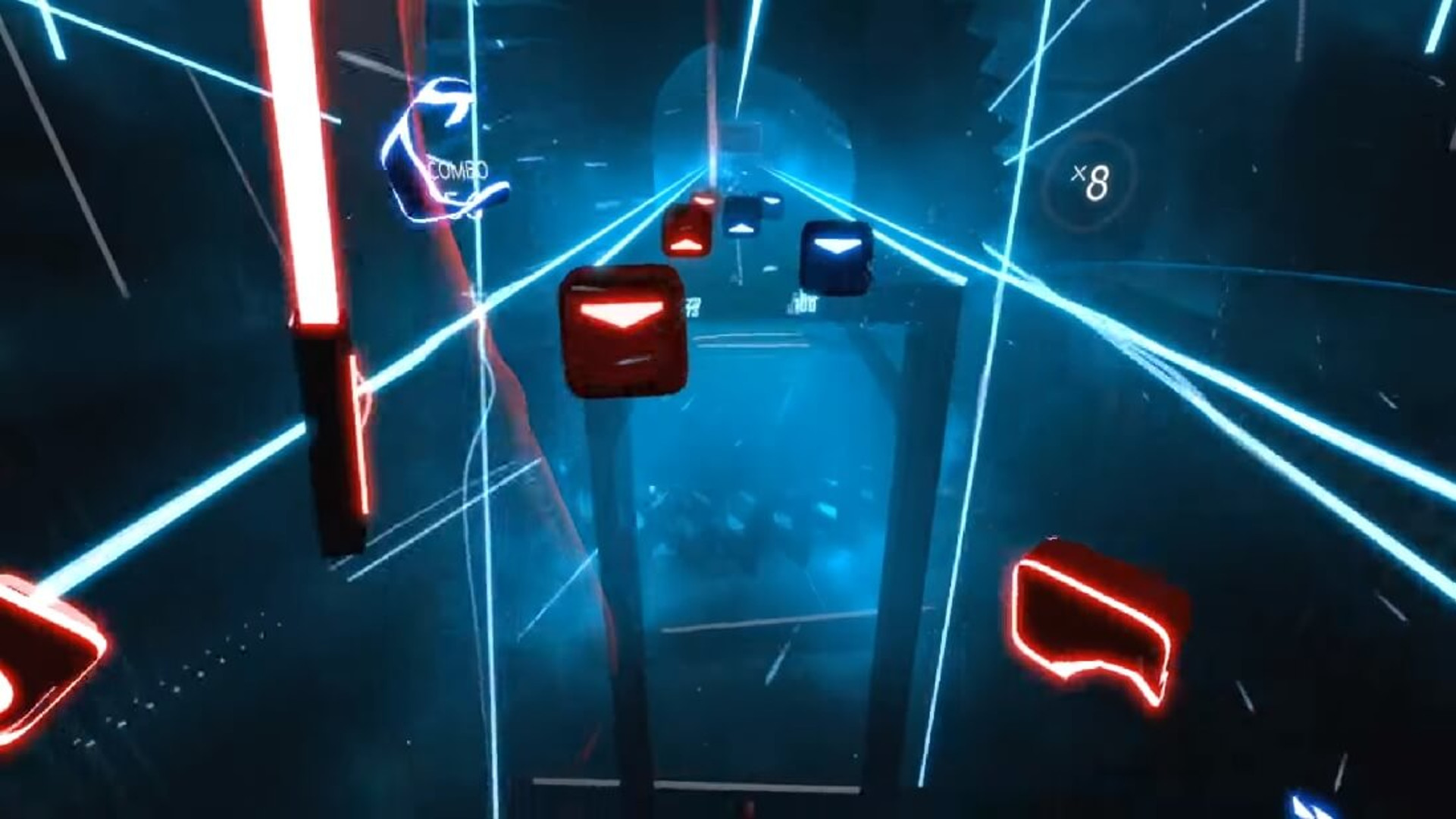 Beat Saber is THE showcase game for introducing someone to VR. It’s not a game that pushes the limit of what VR can do, but it is the best game to show how fun and special VR can be! There is a reason why the game has sold over 4 million copies across all VR platforms and won The Best VR game of 2019 at The Game Awards. That reason is because the game is essentially a Rhythm/Music game with lightsabers (remember how I mentioned lightsaber wish fulfilment?)! In Beat Saber you swing at boxes with arrows indicating what direction for you to swing at with two colors that are assigned to each of your sabers’ colors, all to the beat of a song.

The game does a great job of making you feel talented for keeping a long streak going. With practice you learn to process many boxes on screen in time with the music. The vibration feedback of slicing a box feels great and really gives you that dopamine hit of shredding something with a lightsaber. A lot of the game’s music is real music in the sense that it wasn’t all specifically made for the game. There are DLC (downloadable content) packs from bands such as Imagine Dragons, Panic at the Disco, and Linkin Park (my favorite). There are modifiers such as half speed, no arrows, and never-fail to help you learn some of the harder songs on higher difficulties. Beat Saber is pure fun and is the best game to introduce your friends and family to VR, it’s by far my favorite VR title.

If you enjoyed this piece or any others we have then follow the GNN website or our socials on Facebook here and our Twitter page here. We also have another Facebook page for our most devoted readers, the GNN Greats, and run all kinds of contests on over there, check it out!