Shut Up And Take My Credits! New Grogu Toy To Hit Stores! 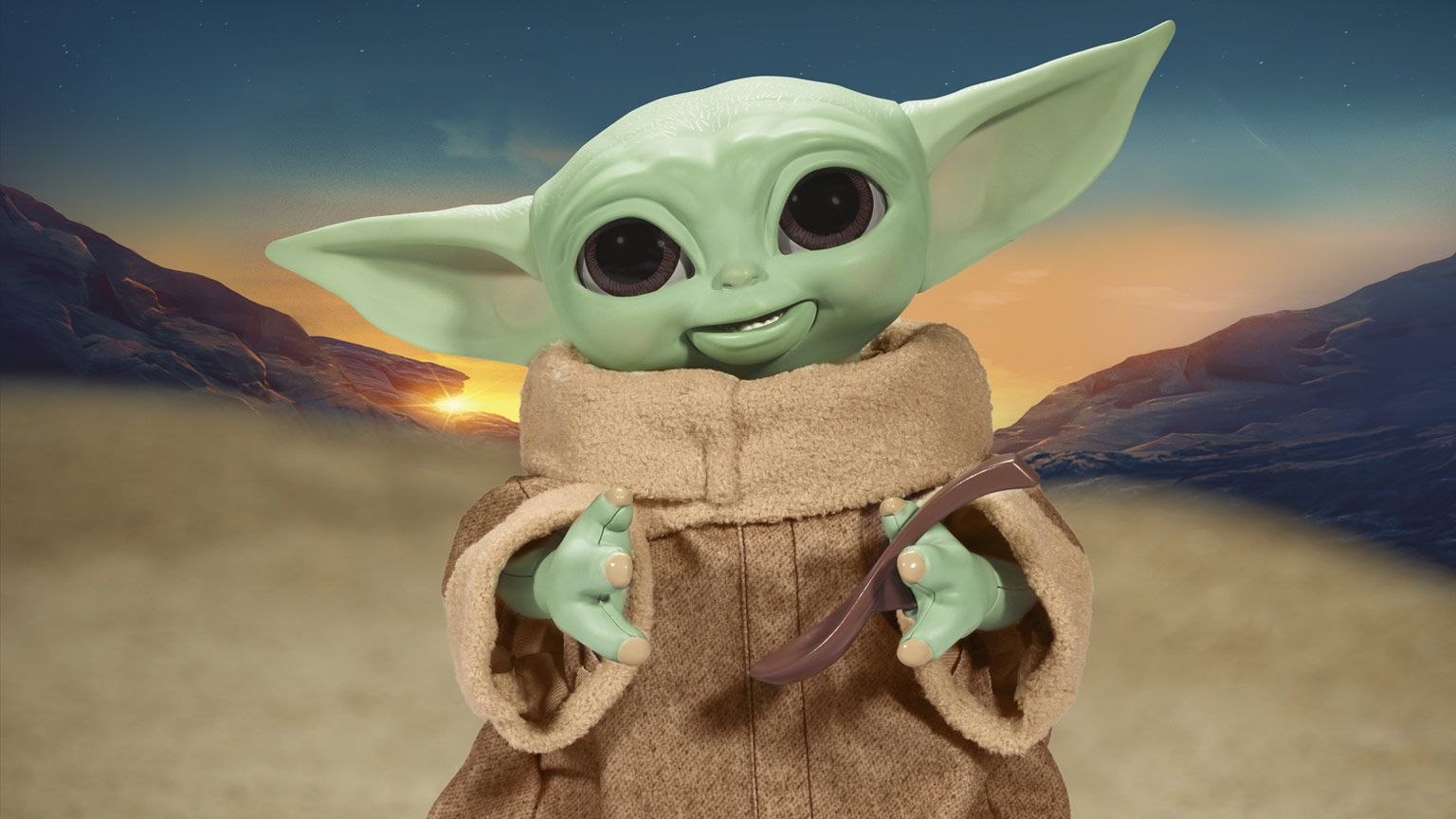 If you or your kids ever wanted to feed lil’ Grogu, here’s the toy for you! Coming soon from Hasbro, “Galactic Snackin’ Grogu”! This toy, a follow-up of sorts to last year’s award-winning “The Child Animatronic Edition”, is a must-have for those kids and kids-at-heart who’d love to give the little fella some num-nums!

Galactic Snackin’ Grogu has adorable features and functions. He makes sounds, moves, and has interactive accessories! Feed him his favorite blue cookie, or perhaps his bowl of soup (complete with squid-like tentacles emerging); he reacts to each! He even likes to be fed with a spoon. Pretty cool features for a toy; interactive toys are often engaging and fun.

Also, he responds to his favorite toy, a little metal-looking orb, and appears to be using the Force as he plays with it.

Vickie Stratford, Hasbro’s senior design director, explains why the company put in the effort at making this updated toy possible; citing that watching Grogu eat his way through the galaxy in season two of Disney+ series The Mandalorian (2019-present) inspired the idea.

“We looked at a lot of different ways to interact with the character and the concept of snacking opened up many fun ideas for our design and development team to create an all-new interactive experience.” said Stratford. “We are really excited to see kids enjoy Grogu’s different reactions to his snacks when they place the interactive accessories in his hand. Their hearts will melt when Grogu lifts his arms up to be held. We can’t wait to see that!”

Personally, I agree with Stratford! I think Galactic Snackin’ Grogu is an adorable toy that people will go nuts for when they see its adorable features. Frankly, I remember watching the lil’ guy making the galaxy his smorgasbord and think these few accessories are missing one thing: alien frog-people eggs!

Galactic Snackin’ Grogu needs you to hold him! Picture credit to starwars.com

This will be a great toy and I recommend it to anyone who hasn’t already grabbed “The Child Animatronic Edition” for their collection. If I were a kid, I’d want one! Galactic Snackin’ Grogu is available for preorder at retailers like Hasbro Pulse, Amazon, Walmart, and Target; it’s due out in October 2021; the cost appears to be around $79.99 at most of those sources. Happy hunting!