Nothing Short Of A Whisper 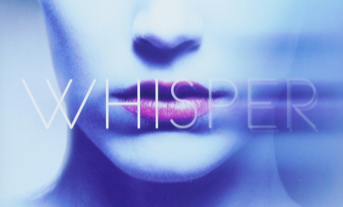 After writing a few reviews on popular series, I decided to take a turn into the pile of stories that most people don’t know about. There are hundreds of young adult novels out there, both fantasy and sci-fi, that never make the New York Times Best Seller List, but they are gems all the same.

So, buckle up as I dive into my little weekly read and take on a book called Whisper, by Lynette Noni.

And surprise–this review does have spoilers, but I’ll let you know exactly when they are about to come so you can go read the book and then come back. I’ll give a taste and overview of the book as a whole before I jump–face first into spoiler land.

Whisper has been one of my favorite sci fi reads since I picked it up from the bookstore at thirteen years old and disappeared for about four hours to read the entire thing in one sitting. Since then, I have read it several times. There are specific scenes that are just so well written that I have mimicked the adjectives and style and incorporated it into my own writing.

When I picked up the book again, I finally noticed that the review at the bottom of its cover was written by Sarah J. Maas. It seems that Mrs. Maas and I have a similar reading taste.

But anyway–Whisper is as much a thriller as it is a story of finding yourself, even when facing your horrors, your power is terrifying.

Subject 684 or “Jane Doe” as they call her, hasn’t spoken, hasn’t made a single peep in over two years. We don’t even know her real name. Every day, for two years, she has gone through the same schedule, with the same people, with the same tests. She sits in therapy in complete silence. She doesn’t even give the satisfaction of watching her squirm in discomfort.

So, as a final attempt to get her to just say something, they give her thirty days to corporate or face the unknown consequences. Jane can only assume that it means they’ll kill her.

And after two years, it’s almost a relief.

One month. She just had to corporate for a month and then, she’d finally be free from the guilt and fear and power that ate her away every day.

But, as her schedule changes, she meets Landon Ward, who, to her surprise, is kind. His office is in a freaking library. Yes, a library, and if that’s not kind enough, he gives her a nickname: “Chip.”

As you know, I fall for these characters really quickly, so, here we are…

Jane is having trouble maintaining her composure as the days go on, as she starts to open up without as much as making a sound, as the treatments become more brutal because she doesn’t have much time left. 30 days shouldn’t be so hard, should it?

Now, this is where I dive head first into spoilers, so, if you don’t want spoilers, go pick up the book and read it!

Okay–let’s talk about Vanik; yes, electric shock experimental guy who has performed shock therapy on Subject 684, who, in the end, almost drains her dry of blood to keep her weak and unable to use her power while simultaneously trying to drill into her head to get brain tissue while she is awake, Vanik.

Alyssa checked herself into that government facility two and a half years ago, after a fight with her parents, after she wished them to be dead and found their bodies on her kitchen floor.

Vanik, this weirdo with an obsession, one that he needs to get checked out by a psychiatrist, then claims that Alyssa couldn’t have killed her parents because her power is to create, not destroy.

Surprise, Alyssa! The guilt that kept you in that God awful place for two years was for freaking nothing.

Those with these different abilities are called Speakers. There are those with the power to make things vanish or become invisible. They’re called Vanishers. Then, there are Destroyers, those who can rewrite what other Speakers say and use it to their advantage, as long as it’s within the Speaker’s power.

Here’s an example–if a Speaker says for someone to get a paper cut, a Destroyer can take that Speaker’s power and enhance it, change it, destroy their original words and statement into what the Destroyer wants. That single paper cut could turn into a slit throat.

Yeah…fun times. Good thing the one Destroyer that we meet is a part of the good guys, I think. He helps Alyssa get out of that horrible place, after they train her until her knees buckle and torture her, among many others. His power allows her to be suppressed, so when they meet for the first time, she has to listen instead of running away.

This Destroyer’s name is Kael, and he is the classic, tall dark-haired young adult antihero that you fall for almost instantly. I sat there for a moment, after meeting him half way through the book before I almost tossed it into the air. Now, we have Ward and Kael, two attractive love interests that seem to balance and protect Alyssa in two unique wonderful ways.

Gosh darn it Lynette Noni, I have two more fictional crushes to add to my plate. Thank you so much.

The action packed ending had me at the end of my seat. There’s been a few times that I have sat there and opened the book just to read those last few chapters. They are wonderfully written and descriptive. The characters in this book are well rounded and unique in their own ways.

I love this book.

So excuse me while I finish writing this review to go and read it once again.

Make sure to check out our facebook page for more geeky news!