Jessica Felice: Interview With An Actress and Cosplayer

Meet David Furr; Supervisor for the writing staff of Geek News Now (GNN)! This fellow puts in plenty of time keeping the writing team on the job with ideas and suggestions for articles that will catch the eyes of the readers. I would say it takes a fondness for the job — which Furr has — to run a whole team which, next to the GNN Twitch gamers and podcasters, puts out a lot of content for all website visitors. Let’s take a closer look at what makes this guy tick with his position! 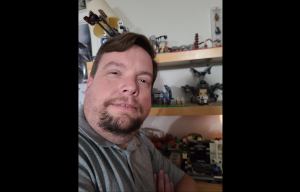 Furr started with GNN as a Staff Writer publishing his first piece in November 2019; but by February of 2021, he found himself saying yes to supervising the entire writing crew. While hesitant at first to take the job, Furr said the final push came from his son Luke who overheard a GNN meeting declaring the position open and urged his father to take it; the boy happens to enjoy GNN and its various workings, so Furr felt obliged to keep his biggest fan happy. 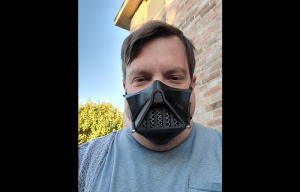 David Furr masked up in this time of pandemic! Picture credit to David Furr

Furr doesn’t find supervising the writers difficult, and said that the members are very professional while also able to work off of each other.

“I love everything about the job.” said Furr. “Even as a staff writer it was something I could really throw myself into. I have been what is now defined as a geek since I was a kid and now I get to do something with my passion. The most difficult part of the job is, well[…] so far there isn’t one. If you love what you do there is never a difficult part of it. I look at difficulties as a challenge that needs to be overcome. Just lets me work that harder at what I love.”

When asked about the aim and direction he tries to keep for the writers, Furr said that GNN is still finding its feet and doesn’t yet break news but each writer reports what news has broken and comments how they and others may feel about it; also writing stories based on their passions, but still presenting readers with news and the facts in a timely manner. 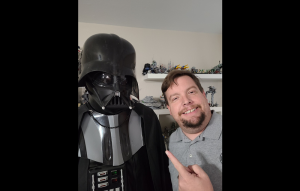 Furr is there to help the writers come up with topics to cover when asked, and will look through various geeky/nerdy websites or various fan groups he’s part of for ideas. But that’s not the only source he likes to search from: “At GNN we like to say we are fueled by the fans and what better place to get ideas than from the fans? If it is what they are talking about then we need to look into and expand on it. Give them what they want.”

I know I like to ask GNN fans their takes on various topics when I can include them into my stories, so Furr has the right idea.

One topic the supervisor wants to see his team tackle is comic cons once they are open again.

“I can hardly wait to get back to them and talking with the fans.” said Furr. “Getting their feedback and writing about how good or bad it was from a fan perspective. Getting interviews with the guests and getting their insight on things.”

The supervisor offered good advice for his writing team and anyone thinking about joining it: “Always be thinking of a step ahead, what are you writing about next, where is your inspiration coming from. Also don’t be afraid to read the work of others. If they have a good writing style, learn what you can from it. If it is bad, look at the mistakes and try not to make them yourself as a writer.” 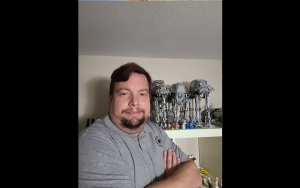 Furr is a solid Supervisor who keeps the ship sailing with his various crew. He loves the job and aims to keep the writers at their best, talking about what the fans of GNN want from the news and the writers’ own geeky interests. He’s there for his team and has goals for it as COVID-19 ends and things return to a more normal state. Give a thumbs up to David Furr; Supervisor of the GNN Writing Staff!